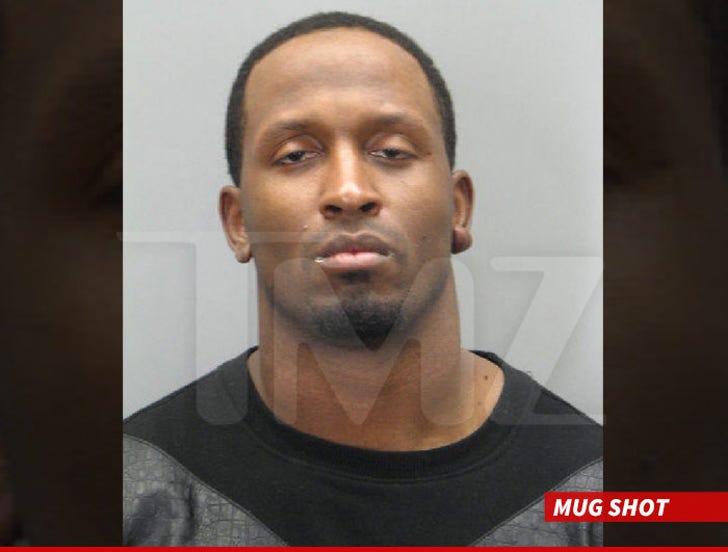 Davis was arrested at 3:45 PM -- and hauled to a nearby station where he was booked and posed for an angry mug shot, in which he looks like he's dying for some water.

It's been a bad week for the 28-year-old -- on Wednesday, the NFL suspended him indefinitely for violating the league's substance abuse policy. Davis insists he was merely taking a substance that was not FDA approved.