During last night's game between the Memphis Grizzlies and the Chicago Bulls, ESPN's Jon Barry either dropped a very causal F-bomb or ... well, we really don't have another option.

It's possible Barry said something else (one site postulated he was trying to say "flat-footed" jumpers), but it's clear he got a little tongue-tied. 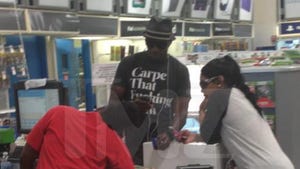