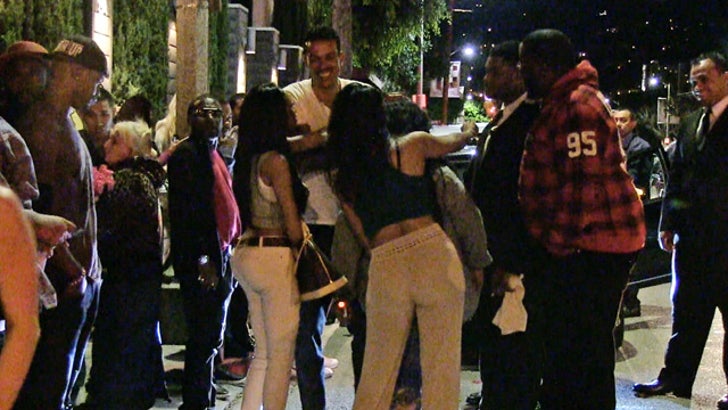 He's single (kinda) ... and now it's clear Matt Barnes is lookin' to mingle -- because the NBA star was chattin' it up with TWO ladies outside Greystone this weekend.

As we previously reported, the L.A. Clippers star recently separated from his wife Gloria Govan -- and though the "Basketball Wives: LA" star claims there's a shot at reconciliation, we're hearing it just ain't so.

Fast forward to Sunday night/Monday morning ... and it's pretty clear Barnes is looking to move on.

Unless Matt was just looking to make some new platonic friends at 3 A.M.