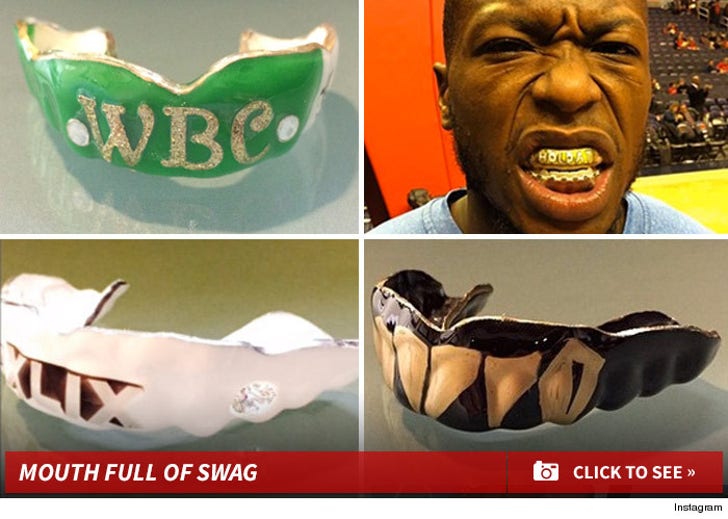 Talk about putting your money where your mouth is ... pro athletes are now spending THOUSANDS of dollars to pimp out their mouthpieces with diamonds and gold ... TMZ Sports has learned.

In fact, NBA star Nate Robinson is part of the "pimp your mouthpiece" movement -- and recently picked up a $5,300 customized mouthguard that's chock-full of real gold foil.

The man behind the piece is Dr. Michael Wright of "The WrightGuard" ... who tells us high-end custom protection is becoming a major trend with athletes in a variety of sports ... from hoops to football and boxing.

In fact, Wright says he was recently approached by a NFL star who's playing in the Super Bowl (Wright says he can't reveal the player's ID) ... who requested a mouthpiece with some massive diamonds flanking the front.

"The Super Bowl athlete brought his own diamonds," Wright says ... "I don't know how many carats, but they were huge."

Wright says his mouthpieces are just as functional as they are flossy -- and says he has a special 3-layer process to make sure the gold, silver and/or diamonds are sealed in a way that it won't harm the user.

Wright says he's gotten some crazy requests from some of his athletes -- some people want team logos others want their Twitter handles -- and says team reps sometimes oversee the process to make sure the mouthpiece complies with uniform standards.

With so much customization at the pro level (mouthguards, cleats, etc) ... keep an eye out for the platinum diamond-encrusted jockstrap in the future. 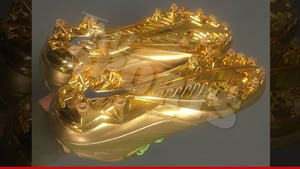