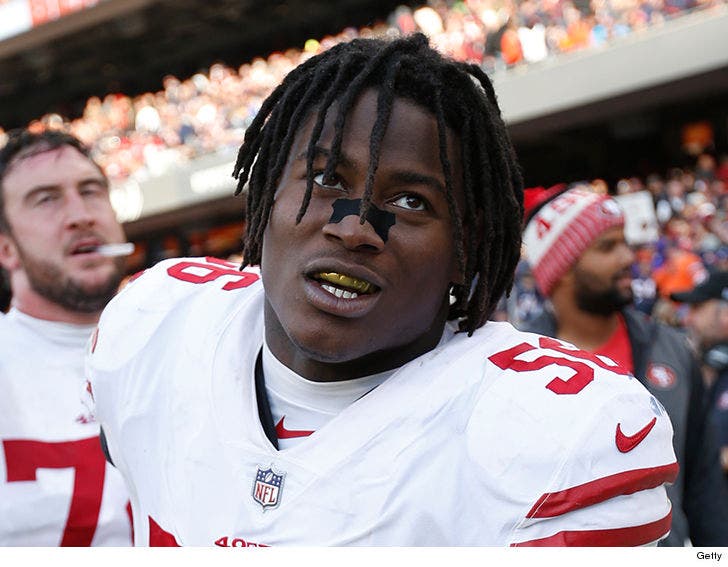 ﻿A judge has officially dropped the felony domestic violence case against 49ers linebacker Reuben Foster after his ex-girlfriend told the court she lied about a violent attack back in February.

Foster was arrested on Feb. 11 after officials say he punched the woman in the face 8 to 10 times causing serious injuries including a ruptured eardrum.

But, the woman completely changed her story when she testified in court last month ... claiming she made the whole thing up because he was going to dump her and she was pissed.

"I wanted him to go down," she told the court.

Foster appeared in a Santa Clara County courtroom on Wednesday when the judge announced the domestic violence case would be dismissed due to insufficient evidence.

Foster was also facing a felony gun charge for possession of an assault weapon -- since officials say they found a SIG Sauer 516 with a high-capacity magazine during the search of Foster's home -- but that charge was reduced to a misdemeanor.

While Foster appears to be good to return to the football field ... he still has another court date to worry about stemming from his January weed arrest in Alabama. He'll be back in court for that on June 20.