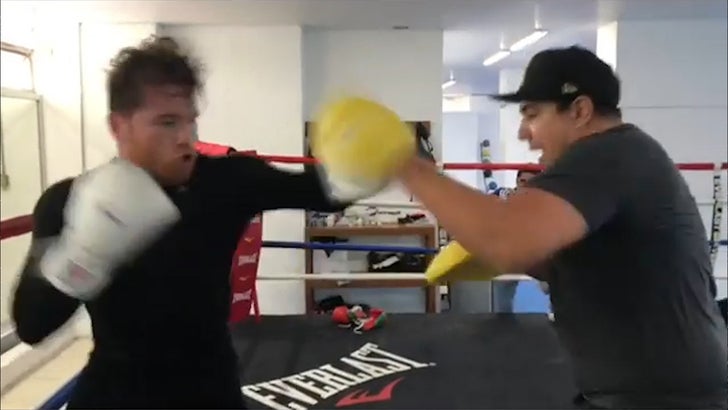 He's got no opponent yet ... but Canelo Alvarez has returned to his boxing gym to start training -- while his promoter, Oscar De La Hoya, is now turning up the heat on Gennady Golovkin.

Remember, Oscar said the GGG train had left the station because Gennady's team refused to budge from their negotiating terms ... they wanted a 50/50 revenue split.

Oscar said that wouldn't happen ... and told the media Canelo was now focusing on trying to make a deal with other fighters, including Daniel Jacobs.

But moments ago, De La Hoya went to Twitter and wrote, "Tic-Toc, Tic-Toc. If any fight freaks see @GGGBoxing in Russia, perhaps you can lend him a pen. #whereisGGG."

So, seems like the GGG train hasn't left the station after all.

Both sides have said they want a Sept. 15 fight date -- our bet is the two sides will work something out before then.

One last thing ... no word on where Canelo is training -- but if he's in Mexico, let's hope he stays away from that allegedly tainted meat!!! 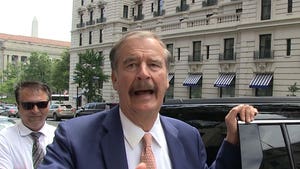