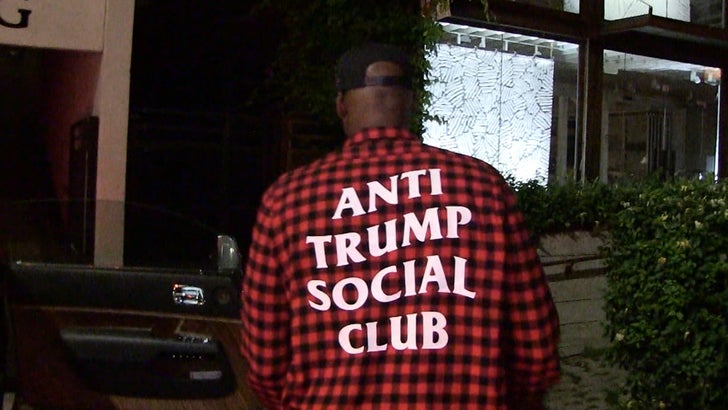 Ex-NBA star Al Harrington wants everyone to know he's NOT a Donald Trump fan -- so, he wore a shirt spelling it out for everyone in Hollywood.

Taking a page from Melania Trump's playbook, Harrington used his back as a billboard -- his message read, "Anti Trump Social Club."

And if you're not into politics, Harrington also backs Master P -- who recently told us LiAngelo Ball should go back to college and get a degree.

And, if you're not into that either ... ya gotta check out Al's Rolls-Royce Wraith with the suicide doors! 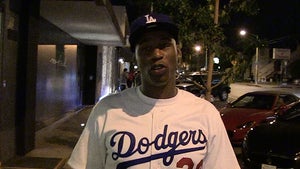