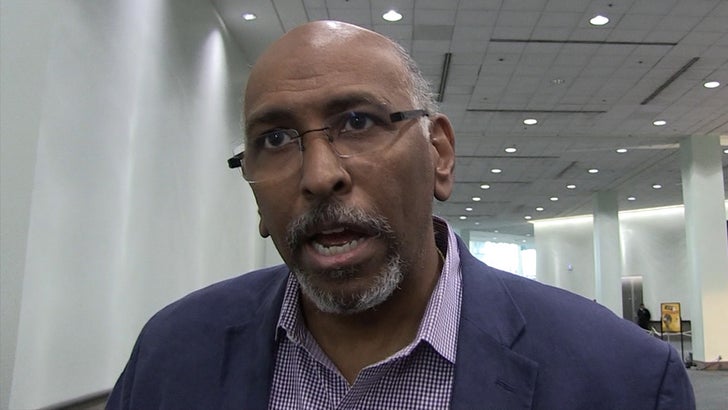 The former head of the RNC doesn't believe a word of Saudi Arabia's explanation of how journalist Jamal Khashoggi died, and he doesn't buy Trump's denial of financial ties there.

We got Michael Steele Saturday at the L.A. Convention Center during Politicon 2018 and asked what he made of Saudi Arabia's public prosecutor insisting that Khashoggi had gotten into a fist fight inside the country's consulate in Turkey ... which led to his death.

It's clear he thinks the Saudi Arabian goverment's full of it -- as he describes just how unlikely it is for such a scenario to play out ... especially in light of how brutal his murder has been described by Turkish officials. He's said to have been dismembered.

For the record, I have no financial interests in Saudi Arabia (or Russia, for that matter). Any suggestion that I have is just more FAKE NEWS (of which there is plenty)!

As for Trump very publicly declaring he has "no financial interests in Saudi Arabia" ... Mike's got a theory on that too. Funny how one word can change the meaning of something so drastically ... which the President is no stranger to at this point. #WordsMatter