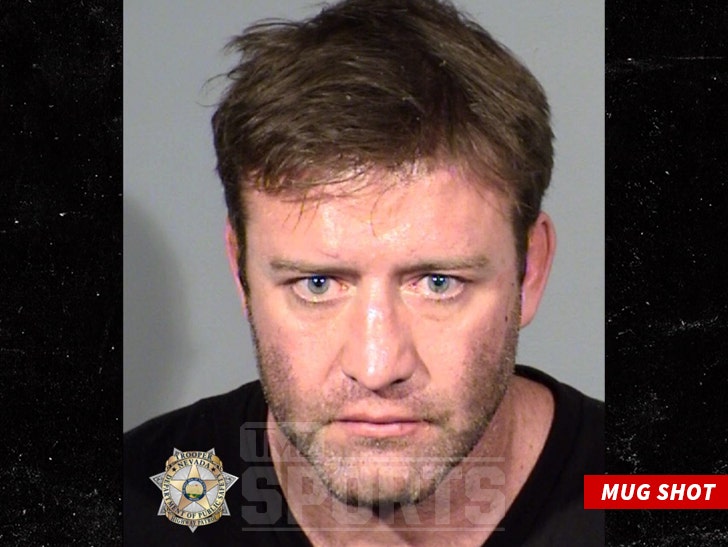 Witnesses say he was driving like a maniac. By the time the Highway Patrol responded to the scene, citizens had already surrounded the vehicle and physically restrained Bonnar, who appeared incoherent.

As cops tried to place handcuffs on him, Bonnar woke up and began to resist. With help from the citizens, cops eventually got him cuffed and transported him to a nearby station where he was booked for 3rd-degree felony DUI.

Cops say Bonnar reeked of booze. Medical staff also responded to the scene and determined nothing was medically abnormal, he was just drunk.

UFC Hall of Famer Stephan Bonnar was arrested for DUI on Sunday -- after a group of concerned citizens (one armed with a gun) corralled him after an apparent car crash in Nevada.

Law enforcement sources tell us ... witnesses claim the 41-year-old was driving erratically and feared he would hurt someone.

Somehow, a group of concerned citizens wrangled Bonnar to the ground and kept him at bay until law enforcement arrived.

One he was taken into official custody he was booked for DUI, resisting arrest and unsafe driving. Bail was set at $22,000.

Bonnar is a UFC legend -- he fought Forrest Griffin in the finale of the very first season of "The Ultimate Fighter" back in 2005 -- a fight that's regarded as one of the best and most important in UFC history.

Bonnar lost that fight, but got a UFC contract out of the deal and went on to have a pretty solid career -- fighting guys like Anderson Silva and Jon Jones.