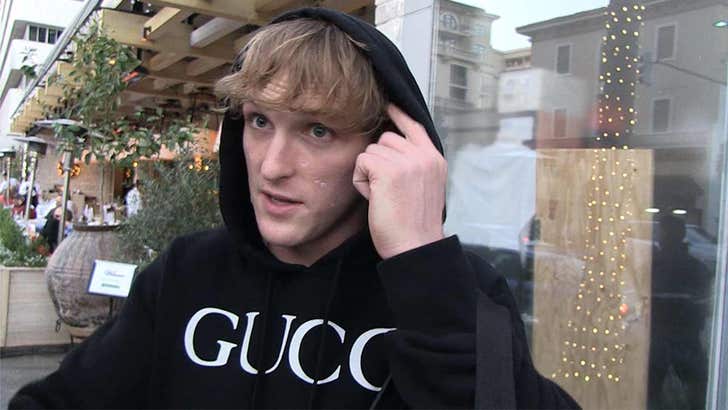 Logan Paul says Dana White needs to "get his head out of his ass" and sign him to a UFC fight already -- because it's easy money for everyone involved.

Paul had said he wants a UFC fight next, but White shot him down saying he'd get hurt if he got in the Octagon with a real MMA fighter.

But, Paul says that's a bunch of crap -- telling TMZ Sports he's already proven he can hold his own in a fight ... and would dedicate himself to training if the two sides worked out a deal.

"If I get the chance to fight in the UFC, that's my life," Paul says.

Of course, Paul's opponent would be a huge factor -- Logan says he understands he's not ready for a shot with a killer like Khabib ... but he WOULD be down to fight Conor McGregor.

"I would be honored for Conor to rip my head off."