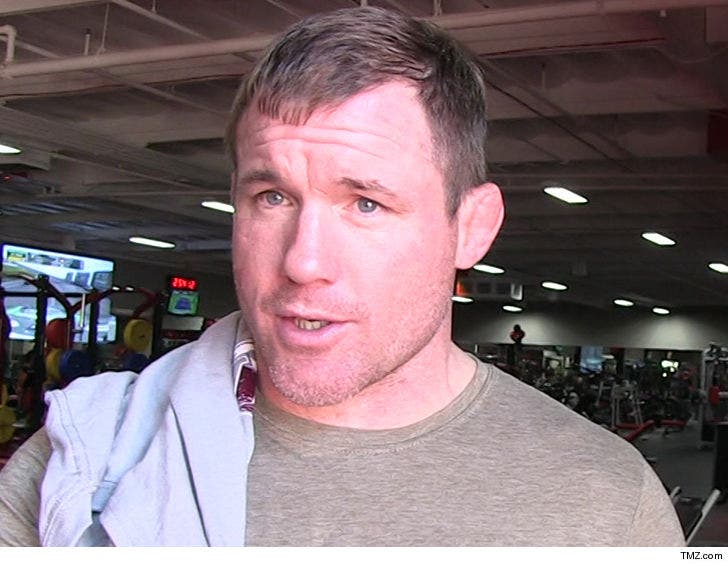 UFC legend Matt Hughes has been ordered to stay 500-feet away from his wife -- who claims Matt has physically attacked her multiple times and once threatened to shoot her.

It's all part of court docs, obtained by TMZ Sports, in which Audra Hughes describes a disturbing pattern of violence and abusive behavior beginning in 2017.

Remember, the UFC Hall of Famer nearly died when a train struck his truck in a June 2017 accident that left Hughes with a serious brain injury.

But, Audra says shortly after he recovered from the trauma in September or October 2017 ... he roughed her up badly in the shower.

Audra claims she refused to give Matt his truck keys, saying, "I told him he can't have them because he shouldn't drive due to his DAI (brain injury)."

She alleges Matt then snapped ... choked her -- and asked her for the code to his gun vault.

When Audra refused again ... she says Matt choked her again, smashed her head against the shower wall and screamed, "This is what choking is!"

Audra says nearly a year later on July 21, 2018 ... Matt told her, "I'm going to f*cking shoot you," because she took his phone, claiming, "he was communicating with multiple women."

Audra also says just a few months later, on Dec. 12, 2018 ... Matt hit her in front of her son, their daughter and her step-dad after she accused him of texting other women.

Audra filed for a restraining order the following day ... and a judge has since ordered the fighter to stay at least 500-feet away from Audra and their children.

There's more ... Matt's twin brother, Mark Hughes -- ﻿a retired MMA fighter who competed at UFC 28 in 2000 -- has also filed for a restraining order against the 45-year-old, alleging Matt roughed up his son and tried to destroy his tractor.

Mark says the two had a disagreement over which brother actually OWNS the tractor ... and when Matt saw Mark's 15-year-old son driving it sometime later on Sept. 23, 2018 -- he lost it on the kid.

Mark alleges Matt grabbed his son, shook him and told him that's his "f*cking tractor."

Mark also says a week later on Sept. 30, 2018 ... he believes Matt doused the tractor and its surrounding area in gasoline -- and suspects he was trying to destroy it.

Mark filed for a restraining order the next day ... which a judge granted -- ordering Matt to stay away from his brother and his family.

Matt was a 2x UFC Welterweight Champion and piled up a career 45-9 record with victories over legends including Georges St-Pierre, BJ Penn and Matt Serra.

He was recently recognized as a guest of honor on January 14, 2018, at UFC Fight Night in St. Louis.

We reached out to Matt's rep for comment ... so far, no word back. 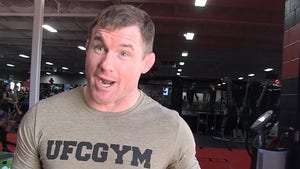 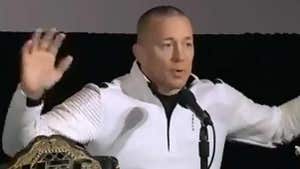 Georges St-Pierre Retires, 'You Should Retire On Top'