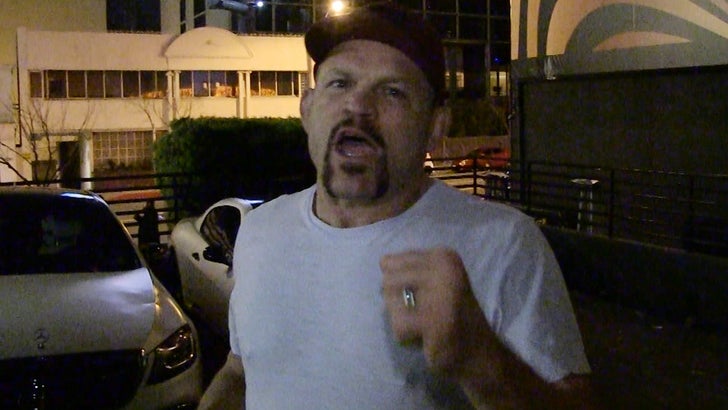 Conor McGregor has a pretty powerful supporter -- with Chuck Liddell telling TMZ Sports the Irishman is right ... his fight with Donald "Cowboy" Cerrone should be promoted as the MAIN event.

Remember, Cowboy told ESPN this week ... fight negotiations broke down because Conor refuses to be billed as a co-main event.

The issue is that neither Conor nor Cowboy currently hold a title -- so they would share the main event billing with whatever title fight would take place on the same card.

Cowboy claims Conor ain't down with that -- and won't share top billing with anyone else. So, for now, the fight doesn't seem to be happening.

Enter, UFC Hall of Famer Chuck Liddell ... who tells us he REALLY wants to see that fight because Conor and Cowboy are two of his all-time favorites and the bout would be awesome!!!

As for the main event issue, Chuck says ... "It's a main event fight for sure. No matter what."

"Come on, Conor McGregor and Cowboy?! Two of my favorite fighters! I love watching those guys fight."

Chuck thinks Conor is ultimately using the main event issue as a way to negotiate more money because he's a smart businessman ... and believes the two sides WILL come to an agreement.

Let's hope Chuck's right ... because that fight would be AWESOME!!! 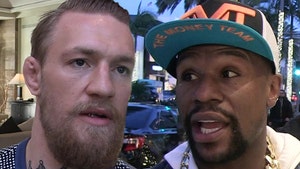 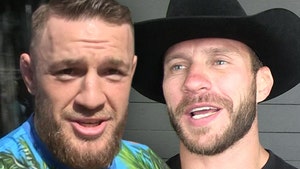 Dana White Says Conor McGregor vs. Cowboy Cerrone Deal is 'Not Even Close'