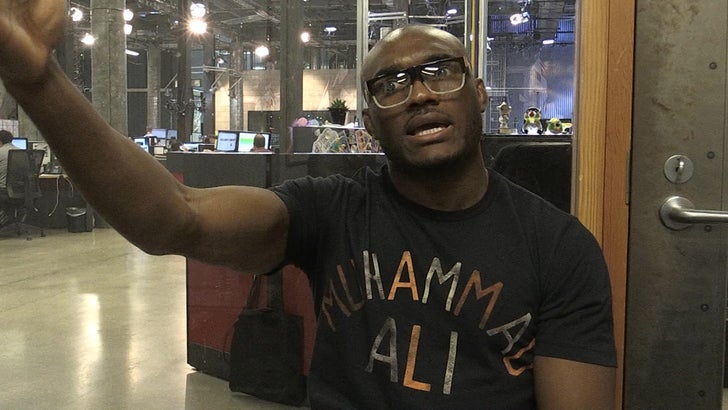 Colby Covington better watch his mouth around Todd Gurley ... 'cause Kamaru Usman tells TMZ Sports the NFL superstar would whoop his ass if they ever scrapped!!!

Of course, Kamaru's talking about this 'cause he says he saw the Rams RB get into a spat with Covington seconds before his championship fight with Tyron Woodley at UFC 235.

So, we had to ask ... who'd win if Gurley and Covington were NOT separated that night?! 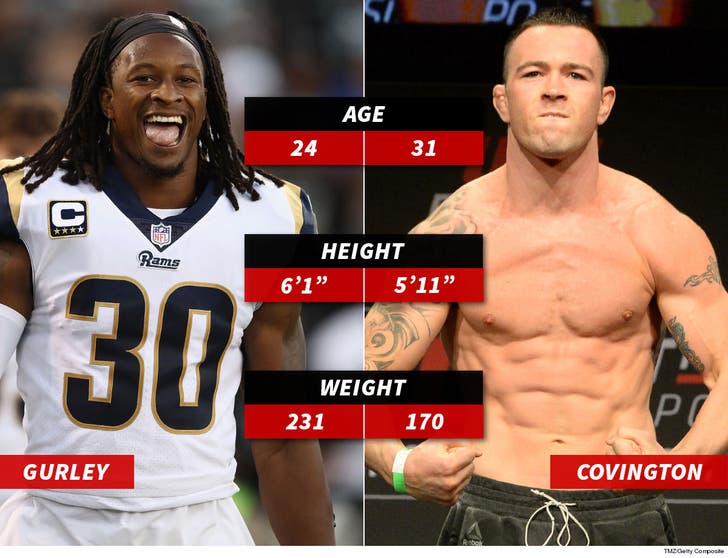 "These running backs, they have low centers of gravity, big butts, strong legs. All they have to do is -- it's not going to take them long, once they learn the technique, they're throwing hammers."

The tale of the tape IS interesting ... Gurley outweighs Covington by over 60 pounds and is two inches taller -- so, is Kamaru right?? 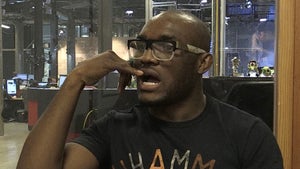