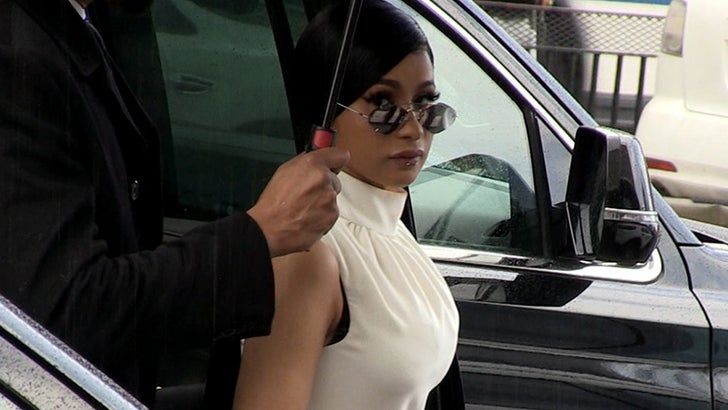 Cardi B is in NO mood to make a deal with prosecutors in her strip club beatdown case -- at least not the one she was offered Friday morning in court.

She was all business -- decked out in white -- as she walked through the rain, and into an NYC courthouse. As you know, Cardi's accused of ordering an attack on 2 strip club bartenders -- Jade and Baddie Gi -- last August. Cardi allegedly thought Jade had slept with her man, Offset.

Inside, prosecutors tried to play let's make a deal. The offer -- plead guilty to a misdemeanor, and get a conditional discharge. That would mean no jail time, but Cardi would have to stay out of trouble for some period of time.

That didn't appeal to her, and she rejected the deal before they could even discuss how long she'd have to keep her nose clean. The hearing didn't take long, and Cardi strolled back out ... silent as fans and photogs showed her love.

Cardi was arrested and booked in October for her alleged role in the strip club fight. She's facing charges of assault and reckless endangerment ... both misdemeanors.

Jade and Baddie G enjoyed some publicity after allegedly being attacked -- hanging out with Tekashi 6ix9ine and appearing in a Nicki Minaj music vid. 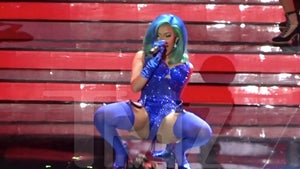 Cardi B Performs at the AVN Awards in Vegas 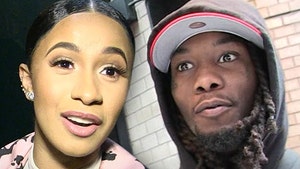