Mama June's still trying her luck, putting legal drama and relationship issues aside and hitting up the slot machines ... again.

The reality TV star was spotted last week at the Wind Creek casino in Montgomery, Alabama, firing off some spins on the slots while chatting with a friend. Folks at the casino tell us they aren't sure if she walked away a winner, but she wasn't gambling this time around with her boyfriend, Geno Doak.

That's interesting, because we broke the story last month ... Mama filed legal docs asking the court to allow Geno to return to her side because she's partially blind and he takes care of her.

The couple ignored the order, though, by hitting up a casino together a few days later.

Looks like Mama June's back at it ... but flying solo on the slots now. 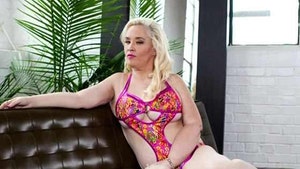