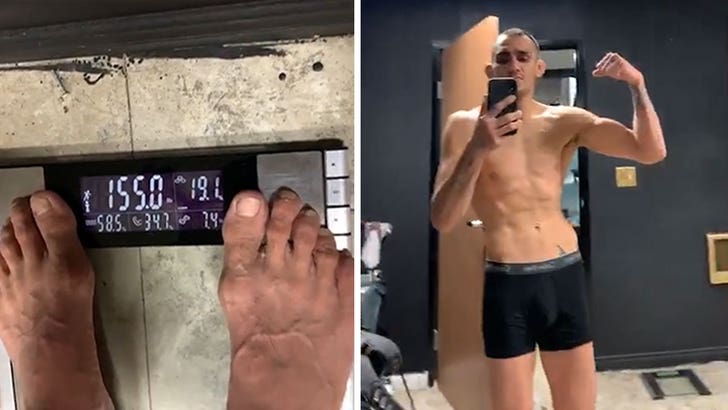 11:46 AM PT -- Count Conor McGregor as unimpressed by Ferguson's weight cut ... he just blasted the UFC star on social media, saying, "Hahahajaj. You will be bet to the absolute nucleus pulposus when I get you, kid."

UFC star Tony Ferguson has cut his weight all the way down to 155 lbs -- which would be GREAT ... if the fight wasn't postponed!!!

Remember, Tony was supposed to fight Justin Gaethje in the main event at UFC 249 this weekend for the interim lightweight title (155 pounds).

But the April 18 fight was called off and Dana White is now looking at rebooking the event for May 9th.

Despite all those facts, Tony Ferguson has decided to continue his pre-fight training AS IF the fight were to happen on Saturday ... weight cut and all.

T-Ferg even hit the scale Friday morning to prove how serious he is about his process -- and yeah, it's a perfect 155 lbs.

The issue, of course, is that Tony will likely have to repeat the weight cutting process again next month if the UFC gets the green light to hold the event ... and that's A LOT of stress to put on your body in a short amount of time.

That said, it's still super impressive and shows how badly Tony wants the fight.

Stay safe, stay hungry -- and hopefully, we'll get to see the title fight we've all been waiting for sometime soon! 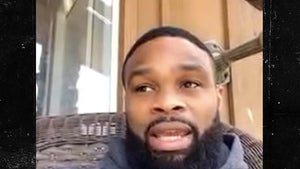