Kanye West's new album didn't drop today, like he said it would, but he's still busy shooting music videos for it instead.

The rapper's directing a small cast on crew Friday on his massive Wyoming ranch in what looks like production for a short vid. The cameras were mostly focused on someone in a yellow coat of some sort -- and it's hard to make out if any of his famous friends are involved in the shoot.

As we reported ... both Dave Chappelle and Damon Dash have visited Kanye this week, as close friends have grown concerned about his mental health.

He seemed at ease during the shoot, and from the looks of it ... you wouldn't even know Ye's wrapping up an erratic week, which started with that surprise campaign rally Sunday in South Carolina where he made controversial comments about how Harriet Tubman didn't free any slaves.

He also got deeply personal at the SC event about abortion, and brought up the topic of getting divorced from Kim Kardashian.

He'd raised that subject again in 2 separate Twitter rants, in which he slammed Kris Jenner, claimed she and Kim were trying to have him involuntarily committed ... and suggested his wife tried to cheat on him with Meek Mill.

All of that appears to be out of sight, out of mind for Kanye and co. ... same goes for the COVID-19 pandemic, since almost everyone on the video set is without a mask.

We broke the story ... Kanye and Kim have not been communicating much since his bizarre behavior began, and he's rejected her offers to come be with him in Wyoming.

Kim also acknowledged her husband is dealing with a bipolar episode, and it's been difficult for everyone involved.

Still, no word when Kanye's upcoming album -- "Donda," named after his late mother -- will be released. 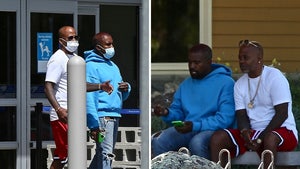 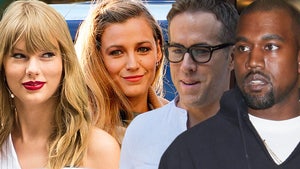