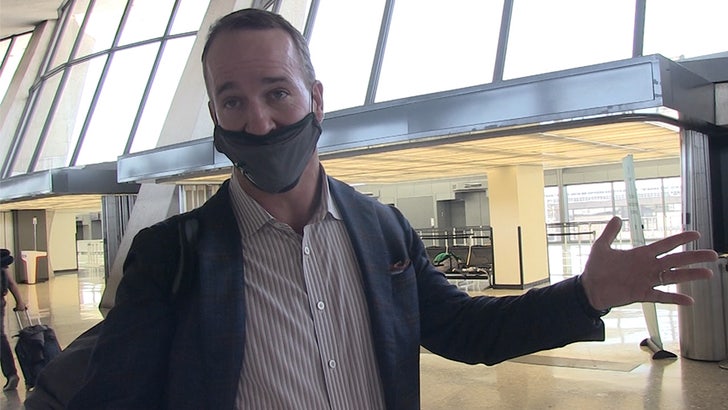 The man who bleeds Denver orange and Colts blue is now throwing his support behind Green Bay ... with Peyton Manning telling TMZ Sports he'd REALLY like to see the Packers resolve the drama with Aaron Rodgers.

We got the future Hall of Famer out at Dulles on Wednesday ... and he explained to us that he'd prefer it if Rodgers stayed put with the Packers.

"When I think of Aaron, I think of him as a Green Bay Packer," Manning said. "Hopefully they can get it worked out."

Of course, things currently aren't looking super promising for GB in that department ... because while Packers head coach Matt LaFleur has been begging for a Rodgers return, the star QB has been vacationing in Hawaii, seemingly dug in on his trade demands.

Manning -- who had to famously leave the Colts for the Broncos at the end of his career -- told us he knows a move could happen, but he'd really rather not see it.

"He's done such a great job there in Green Bay," Peyton said.

As for if Rodgers could -- and perhaps should -- leave it all behind to host "Jeopardy!" full-time ... Manning didn't seem to love that idea, explaining he thinks Aaron could do both!

By the way, when it comes to Manning's own off-the-field endeavors ... he still doesn't sound ready to jump into a broadcast booth or an NFL general manager role -- telling us he's content just coaching kids in baseball and flag football for now.

Though he did admit, he's had to do some explaining to parents given his history as a leader of children ... 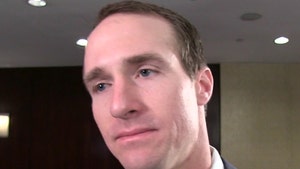