The Twitter posse is at it again ... this time trying to cancel Seth Rogen for daring to call out a YouTuber who called Seth's stomping ground a "crime riddled 3rd world s***hole of a city."

Seth saw a post from Casey Neistat, who groused that his car had been burglarized and then added some choice comments about the City of Angels. He said his 7-year-old daughter's birthday party decorations were taken and the burglar left bloody handprints on the car. 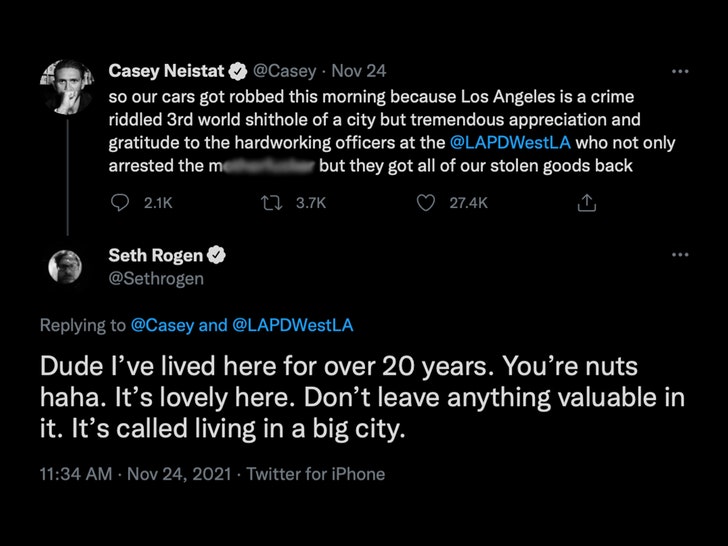 Rogan responded, "Dude, I've lived here for over 20 years. You're nuts haha. It's lovely here. Don't leave anything valuable in it. It's called living in a big city."

Neistat fired back, saying he felt violated and wanted to know if he's allowed to be mad. Seth's response -- "You can be mad but I guess I don't personally view my car as an extension of myself and I've never really felt violated any of the 15 or so times my car was broken into," adding, "Once a guy accidentally left a cool knife in my car so if it keeps happening you might get a little treat."

That sent some cancelers into orbit, slamming Seth for acting "privileged." True, not everyone can blow off a car burglary, but Seth was responding to someone who is also a multimillionaire. 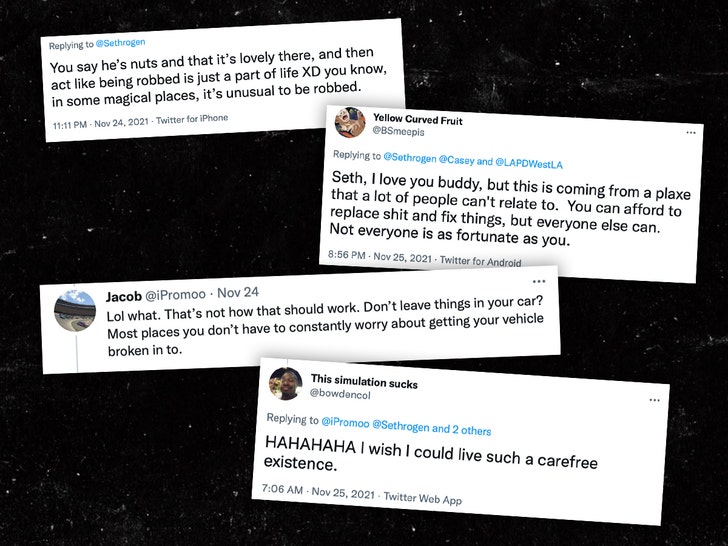 And, the new phenomenon -- looting luxury stories in broad daylight -- has also become a big problem in L.A. as well as other cities. The day before Thanksgiving, a "looting gang" hit a Nordstrom in L.A. 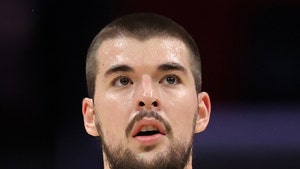