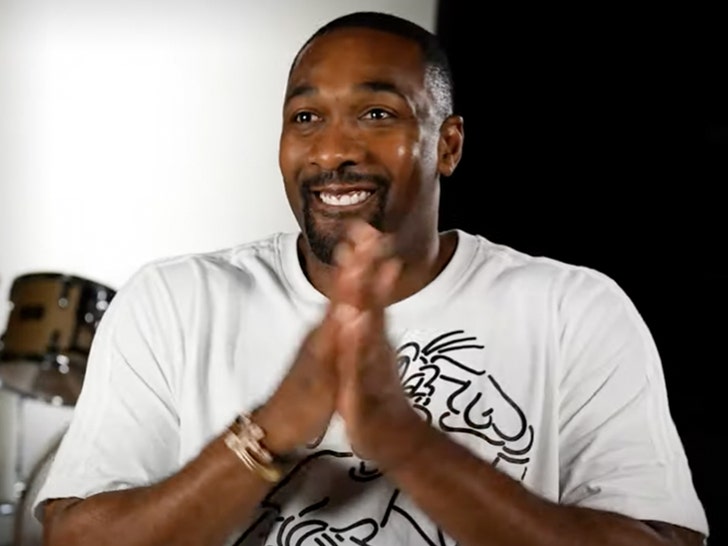 Retired NBA star Gilbert Arenas says he's happy to still be breathing after he cost Irv Gotti and Ja Rule $175k ... claiming he purposely busted up a bet they had on a game he was playing in -- and they were FURIOUS over it!!

Arenas -- who was on the Warriors at the time -- said he was playing a road game against the Rockets when he overheard Gotti and Ja mentioning they had bet on the Dubs to cover the spread that night.

Agent Zero says he had no idea what the spread was, but made it his mission to spoil their night ... knowing he had to score some more points to kill the bet.

Arenas said his Warriors were losing to the Rockets, led by Steve Francis and Cuttino Mobley, and with the game out of reach, he came down the court and threw up a half-court three-pointer.

Naturally, the wild shot went in ... sinking any hopes Gotti and Ja had of cashing out that night.

"[I] came down and shot it," Arenas said. "And I could see the disappointment in their face. I won. I won the game. We're going back to the locker room, and I'm sitting there like, 'Yeah, I hurt somebody's feelings today.'"

Thanks to a recent interview on the "Drink Champs" podcast, we now know that Gotti and Ja bet $175K on the Rockets to cover the spread against Gilbert's Warriors.

"We wanted to kill Gilbert Arenas after that," Gotti said on the podcast. "The whole arena knew we had 175 [thousand dollars] on this. The refs knew. Everyone knew."

Gotti said Arenas "crushed our soul" ... but he ultimately blamed Ja Rule, who heckled Arenas repeatedly during the game, for motivating Gilbert to want to get back at them. 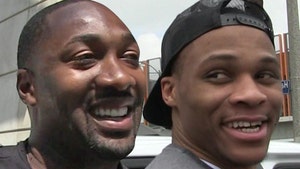