Tom Brady just can't take a day off without people writing a book about it -- well, unless it's missing the first two weeks of training camp -- so he's addressing it again, essentially saying he went through a lot of s**t.

Brady showed up Saturday for the preseason debut in the exhibition final, and said post-game, "Everyone has different situations they're dealing with and we all have unique challenges to our lives."

Then he said this ... "I'm 45 years old, man. There's a lot of shit going on, so you just have to try and figure out life the best you can. You know, it's a continuous process."

Brady, who performed at the Brady level, kinda said the obvious after the game ... "I feel good. I've played football for a long time. I'm pretty good at it," Brady said. "Doesn't take me long for me to remember how to play it."

Brady did not get specific about the 11-day absence -- remember, he initially said he was self-benching for "personal reasons." 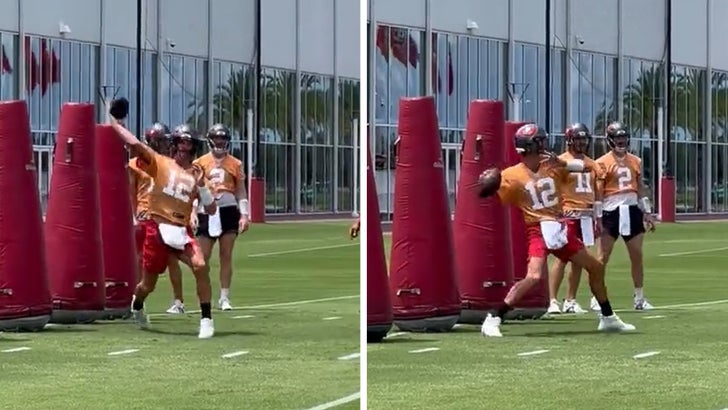 The Bucs played 2 preseason games while Brady was out ... losing to Miami on Aug. 13 and to the Titans on Aug. 20.

There have been massive rumors he was MIA so he could appear on " The Masked Singer," but Brady flatly denied that. But here's the thing ... when he was retired for that nanosecond, he signed a massive, $375 million deal with Fox, and it's not inconceivable part of the deal might have been to appear on Fox shows, the biggest of which is the 'Masked Singer.'

So the theory goes ... when he un-retired, he went back to the Bucs and said he had signed the deal so part of the terms of coming back would be the 11-day hiatus.

Now it sure sounds like Brady stepped back for something else ... maybe more serious. 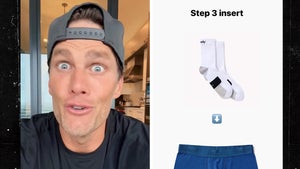 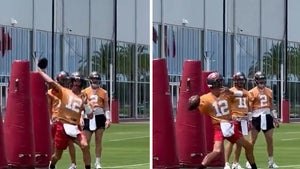