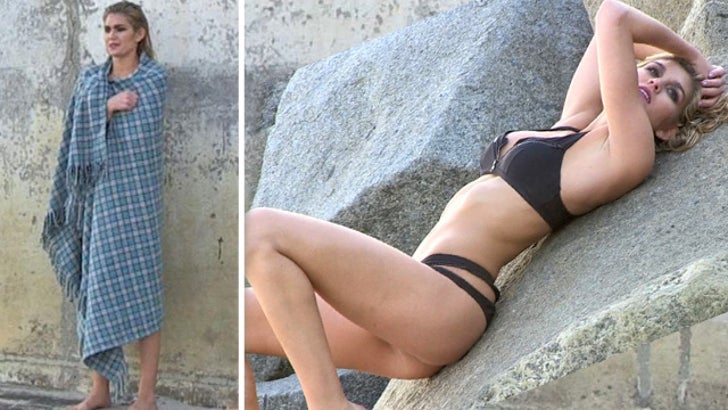 Ryan Seacrest's new lady Shayna Taylor nearly FROZE TO DEATH during her first big modeling shoot yesterday -- stripping down to a tiny bikini on an L.A. beach in the middle of the winter -- but even though it was cold outside, the photo shoot was hot as hell.

As we reported, the 23-year-old smokeshow just signed with a huge modeling agency thanks to the publicity she's gotten from allegedly dating the "American Idol" host.

Check the video ... she's a natch ... but she still needs a little coaching from the photographer.

FYI, it was roughly 45 degrees in L.A. yesterday by the water ... which is like -76 degrees for Angelenos. 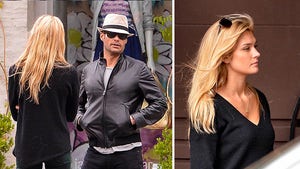