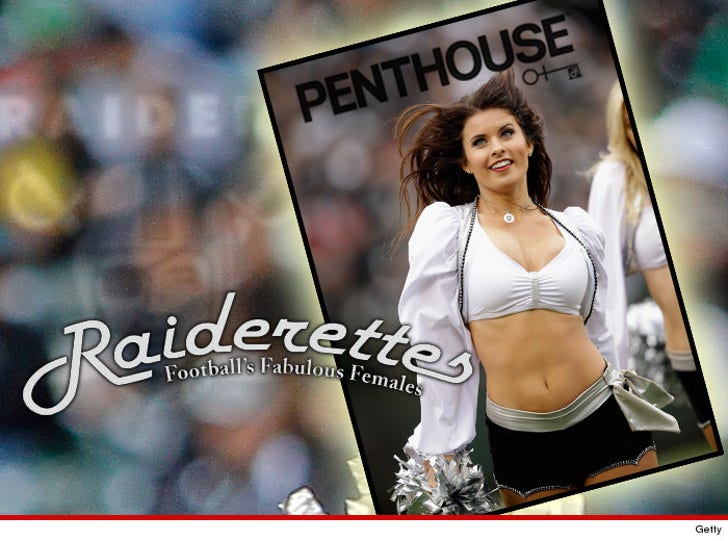 With a federal investigation underway into allegations the Oakland Raiders grossly underpaid their cheerleaders ... the Raiderettes are finally getting a shot at a fair income .... thanks to Penthouse.

TMZ Sports has learned ... the legendary nudie mag has reached out to the squad in the hopes of hiring some of the women for a "tasteful pictorial in the magazine."

As we previously reported, one of the Raiderettes has already filed a lawsuit against the team claiming she made less than $5-per-hour ... way less than the state mandated minimum wage. And the U.S. Dept. of Labor is investigating the team.

Sources connected to the situation tell us ... Penthouse is prepared to make a "significant offer" to the women if they're interested in showing a little skin. We're told the mag isn't pushing for full nudity.

In a letter sent to the team squad, Penthouse says ... "You can even wear your silver and black ... or not."

So far, unclear if any of the Raiderettes are game.