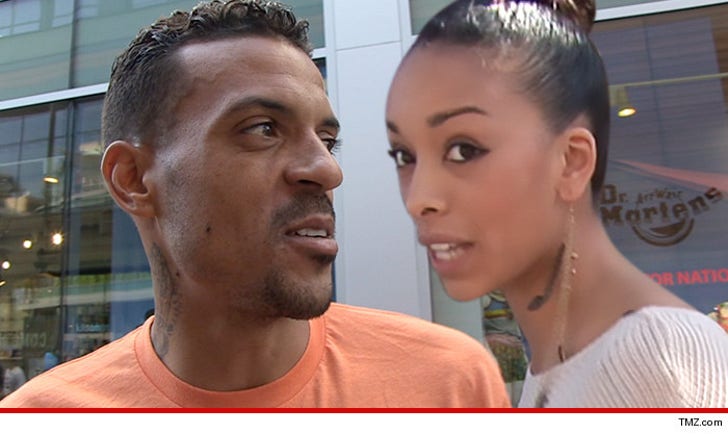 Seems the "trust issues" in Matt Barnes' marriage may be coming to light ... because his estranged wife Gloria Govan has been accused of forging the NBA star's signature to take out a $150k loan ... this according to a lawsuit obtained by TMZ Sports.

The woman behind the lawsuit is Nina Rawls -- the widow of R&B legend Lou Rawls -- who claims Gloria approached her back in March and asked to borrow $150k for a TV project produced by Gloria and Matt's production company.

Rawls says she agreed -- but the loan had to be repaid in full just 2 MONTHS later. According to the suit, May came and went ... and Gloria (who stars on "Basketball Wives: LA") never ponied up the dough.

We called Matt and Gloria's reps for comment -- so far no word back.