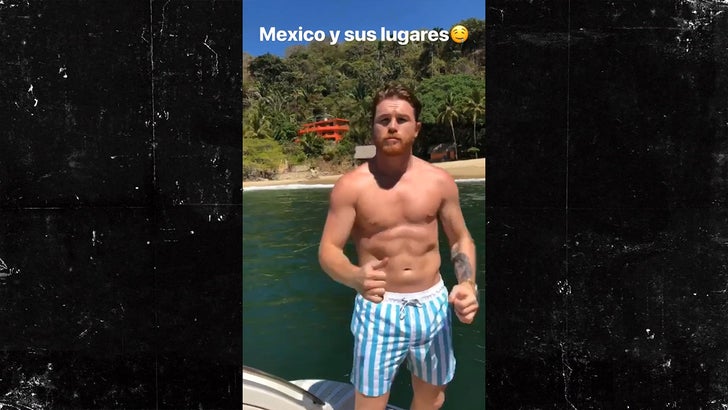 Canelo Alvarez is playing with fire ... vacationing in Mexico, despite blaming his positive PED test on tainted meat.

Alvarez says he moved his training camp from Mexico to the United States to avoid these problems, but now he's back in his home country, and boxing fans have gotta be hoping he's going meat free.

Oscar De La Hoya -- Canelo's promoter -- says he will fight in September ... whether or not it's GGG.