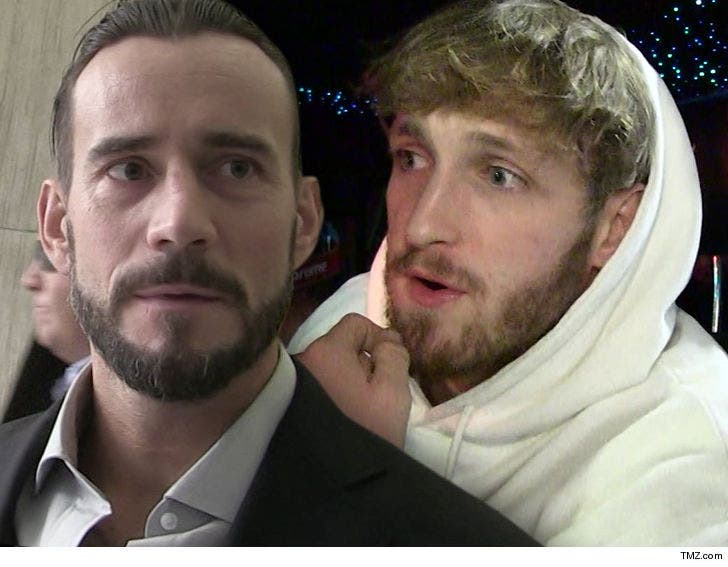 Sorry, Logan Paul, you ain't gettin' a crack at CM Punk in the UFC Octagon -- Punk just slammed the door on the possibility ... and then dissed the YouTube star for good measure.

Logan's brother Jake Paul had been lobbying Dana White to make the fight happen -- claiming Logan is a real athlete who could compete with guys on the UFC roster, including Punk.

In fact, Joe Rogan said he was impressed with Logan's talent during his boxing match with KSI earlier this year ... and made it clear he thinks Paul would whoop Punk in the UFC.

Now, Punk sat down with MMAFighting's Marc Raimondi and told him straight up -- ain't happening.

"I think this is one of the avenues where people will be like, ‘I don’t even know who Logan Paul is.’ Logan Paul is apparently a popular guy, but it’s not in any kind of avenue that I drive my car on. The only thing I know about him is he’s the guy who filmed the dead body in the Japanese suicide forest, which is don’t get me started on that, because I’ll say a bunch of stuff and then I’m sure somebody will make a YouTube video about it."

"When you fight somebody, when you enter into a fight camp, you have to spend a lot of time thinking about that person ... And, I’m not into sharing that much of my time and my headspace and my life with somebody that did something that I feel is so reprehensibly disrespectful to the people of Japan, who I love."

"They’ll always have a special place in my heart. So, no. I’m not fighting him. I have no interest to."

Punk says he's still technically on the UFC roster and is tested by USADA in case he's called on for another fight ... but says he'd also be at peace if Dana White cut him. 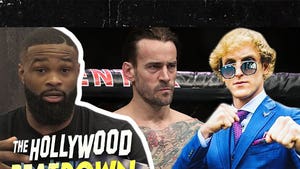