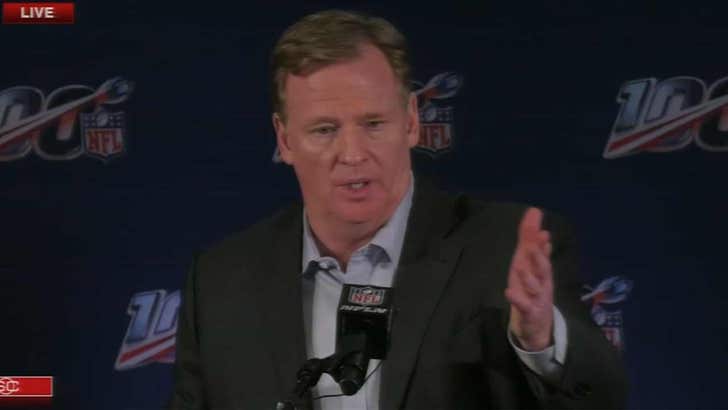 NFL investigators have still NOT spoken directly with Tyreek Hill about his child abuse allegations -- so says Roger Goodell who says the league is trying to stay out the court's way.

The K.C. Chiefs star was suspended from all team activities back in April after disturbing audio surfaced featuring the NFL star arguing with his girlfriend, Crystal Espinal.

During the argument, Espinal accuses Hill of breaking their 3-year-old son's arm and claims the kid is "terrified" of the NFL star ... to which Hill responds, "You need to be terrified of me too, bitch."

Fast forward to Wednesday ... when Goodell faced the media at the NFL Spring Meeting in Florida where he was asked how the league is handling the Hill situation.

"As you know, there's a court proceeding still going on involving CPS [Child Protective Services] and we will not interfere with that," Goodell said.

"The priority is this young child. So we will obviously be cooperative of whatever the court wants there."

Goodell explained, "We are prepared to go ahead and have an interview [Hill] whenever we have the permission to do so. And then we'll make a determination based on what information we have at that point in time.

"And so, again, I won't speculate on where we'll go but we'll certainly get all the information we can as soon as possible."

The Johnson County District Attorney's office is reportedly still considering levying charges on the star receiver ... and the couple is also currently in court fighting like hell to keep custody of the kid.

As for the criminal investigation ... we've reached out to the DA multiple times to find out the status of the probe -- but have received several "no comment" responses in return. 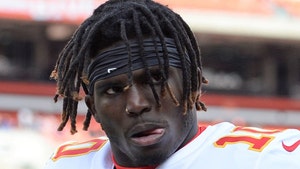 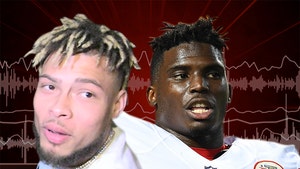