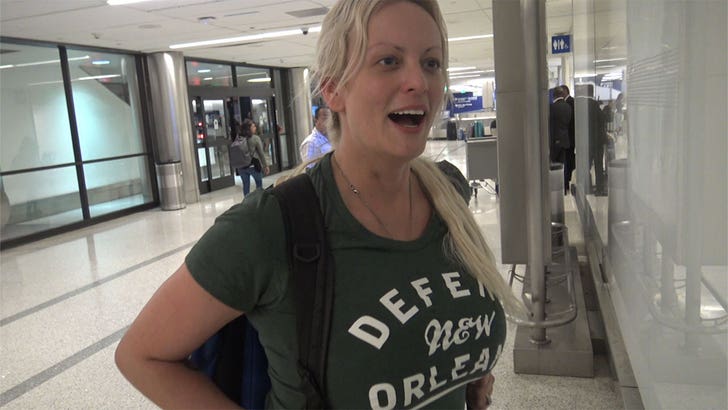 Stormy Daniels is getting a taste of justice after the Ohio cops who busted her at a strip club last year are now facing some consequences ... but she ain't done with them yet.

The ex-adult film star was beaming Friday night as she strolled through LAX -- without any makeup at that -- as she reacted to the news that five of the officers who went undercover and arrested her at a strip joint in Columbus will be reprimanded by their department.

When a pap asks how she feels about the update a year later -- she actually corrects him with a more precise time frame (387 days, to be exact) ... so yeah, she's definitely been keeping tabs on the case.

She also doubles down on what's come to light about the arrest since it went down -- that it never should've happened, and it was completely bogus. Stormy was a guest at the venue she was performing at -- she was just booked for a special appearance -- and the no touching law the Columbus cops tried nabbing her on only applies to regular employees.

The charges were dropped, and since then ... Stormy also sued some of those officers, and she tells the photog here that the lawsuit's still on. In the filing, she claimed the cops targeted her for speaking out against Trump ... alleging the arrest was purely political. 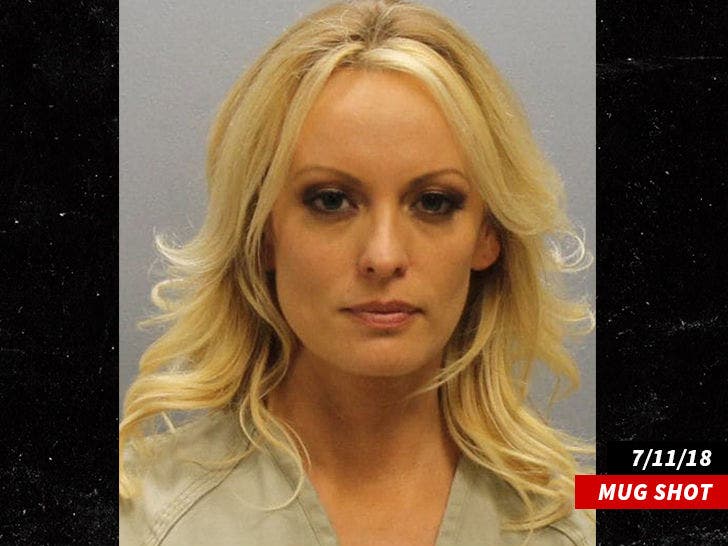 She obviously wants damages, but funny enough ... there's one other thing they could give her that might smooth things over.

As for DT, her former attorney Michael Avenatti and the upcoming presidential election -- well, she's got some thoughts on all of the above. Check it out ... classic Stormy. 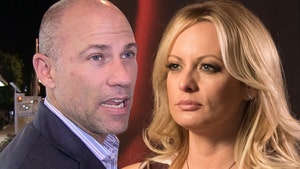