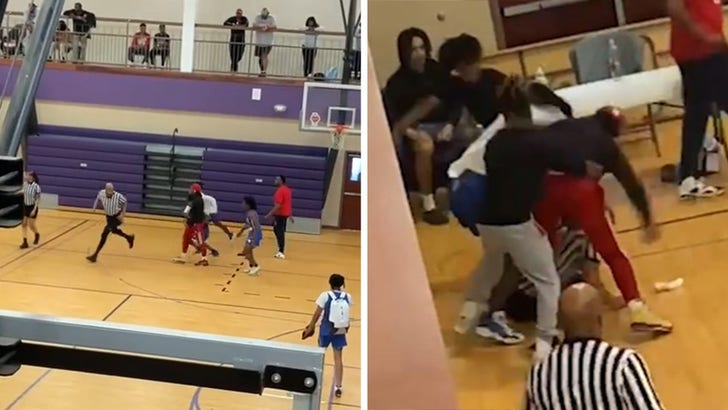 The referee who was kicked and punched in the face repeatedly following a Georgia youth basketball game needed 30 stitches to stop the bleeding ... a tournament official tells TMZ Sports.

But, Kenneth Tarver -- the founder of KB Sports who helped put on the youth tourney in Lithonia over the weekend -- says, somehow, the guy is doing better now. 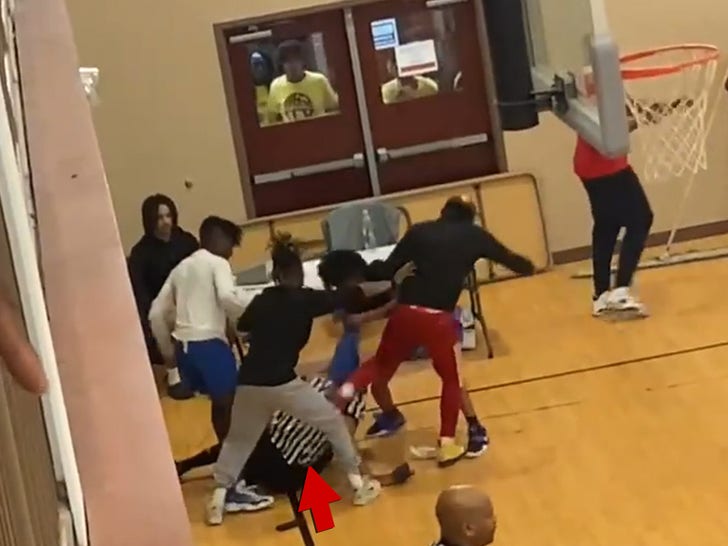 The terrifying incident was all captured on video on Sunday at the Love Of The Game event at the Stronghold Christian Church -- when several young players and other bystanders appeared to beat the hell out of a ref after a game had concluded.

Tarver tells us the game actually featured teams full of eighth graders ... but, he said he has no idea what caused the postgame scuffle.

Tarver said he has spoken to the referee since the incident -- and while he needed to be stitched up after the attack, Tarver said he's going to make a full recovery.

Tarver added that he's banned the team involved in the scuffle going forward ... and he vowed to beef up security at future events as well.

"I'm gonna make it safer for the officials," Tarver tells us.

As we reported, cops are investigating the incident. A spokesperson for the Stronghold Christian Church, meanwhile, added in a statement that they're hoping and praying that future competitors "who enter our facility will conduct themselves in the best manner." 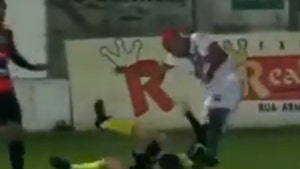 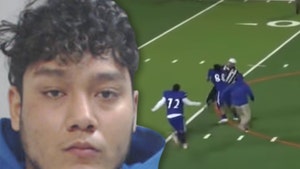