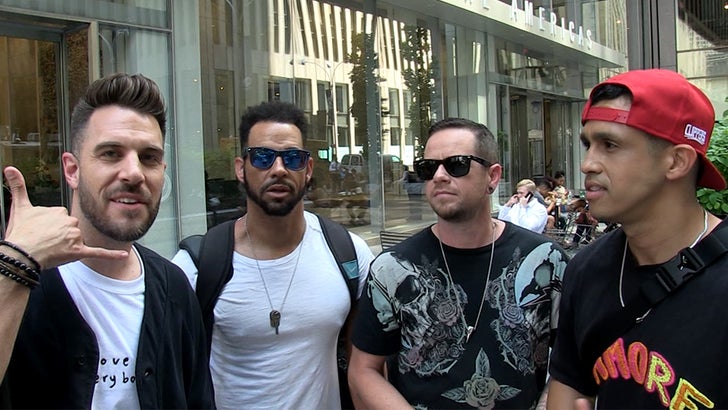 Diddy's search for mentors is OVER ... O-Town's offering their services if Diddy needs a hand for his "Making the Band" reboot.

We got the band out Monday in NYC and had to get their take on Diddy bringing back the famed reality show. If ya missed it ... Diddy announced earlier this month he's bringing back the MTV series that helped launch bands like O-Town and Danity Kane. It's set for a 2020 return.

The guys were in the middle of dishing some advice for the reboot but also took it a step further ... shooting their shot and literally telling Diddy to call them about possibly serving as mentors on the show.

The guys also talked to us about their 4th upcoming album and how they funded the project -- through its fans. That's right ... the guys crowdfunded on Kickstarter and raised nearly $100k to get it done. How'd they repay their fans' generosity? Watch ... it's actually pretty awesome. 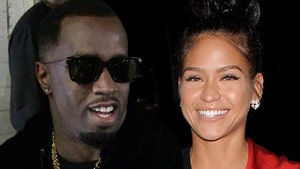 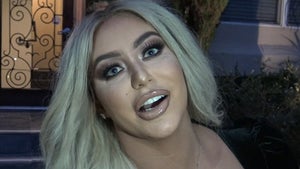 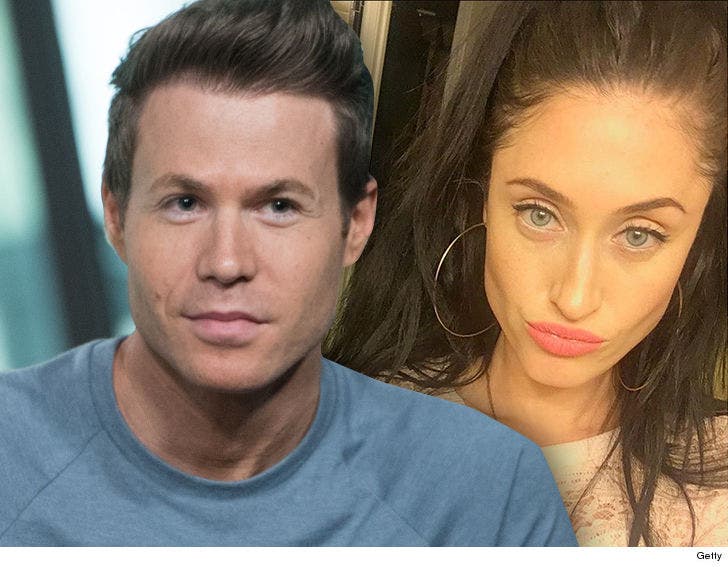 Former O-Town member Ashley Parker Angel says he suffered an injury that kept him from making big bucks on Broadway, so he's asking a judge for a break ... according to new legal docs.

Angel claims he severely hurt his back in May while working on the famed musical "Wicked," so he lost his role and was not earning his normal paycheck for nearly 2 months. He says his injury resulted in a financial loss of more than $26,000 ... so he can't afford his monthly child support payment of $1,836.

On top of that, Ashley says the custody situation with his 12-year-old son, Lyric, has changed. He says he now splits custody with Lyric's mom, Tiffany Lynn Rowe, 50/50 ... but is still paying custody like she has him 90 percent of the time.

Angel adds the nature of his acting work is very fickle and with all of his other expenses, he pretty much lives paycheck to paycheck ... especially since he's unemployed after losing his "Wicked" gig.

Rowe calls B.S. though -- according to the docs -- claiming Angel has other sources of income than the musical ... including from a supplement company he launched last year. She also accuses him of treating child support as optional, and says it's his own fault he doesn't save money for the downtimes in his employment.

Angel's asking the court to reduce his monthly child support payment. A judge has yet to rule ... but there's a hearing next month. 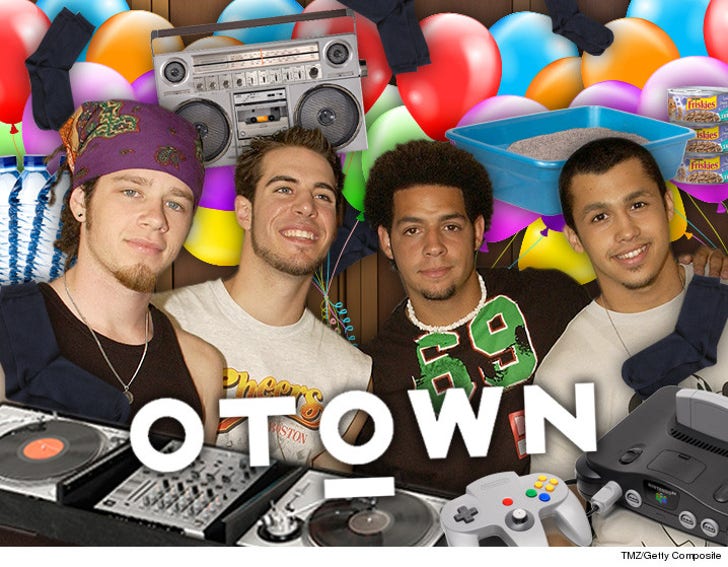 O-Town's either stuck in the '90s or they just have a great sense of humor about their upcoming tour.

The boy band's hitting the road with 98 Degrees, Dream and Ryan Cabrera﻿ for the nostalgic MY2K Tour and their rider is filled with throwback items like a '90s boombox "to play their sweet cassette collection" ... and a Nintendo 64 to "play GoldenEye."

Other backstage demands include cases of local beer, assorted liquors, 5 cans of silly string and a back scratcher.

Most bizarre on their list is definitely the kitty litter and wet cat food "for the stray cats the band takes in while on the road." 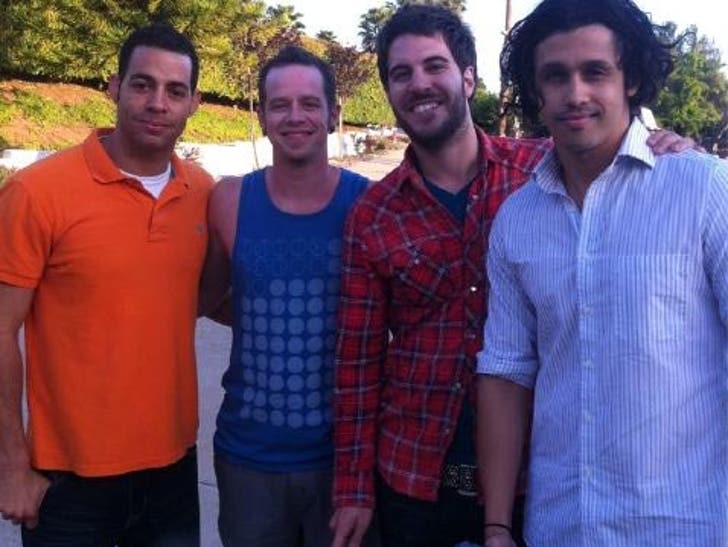 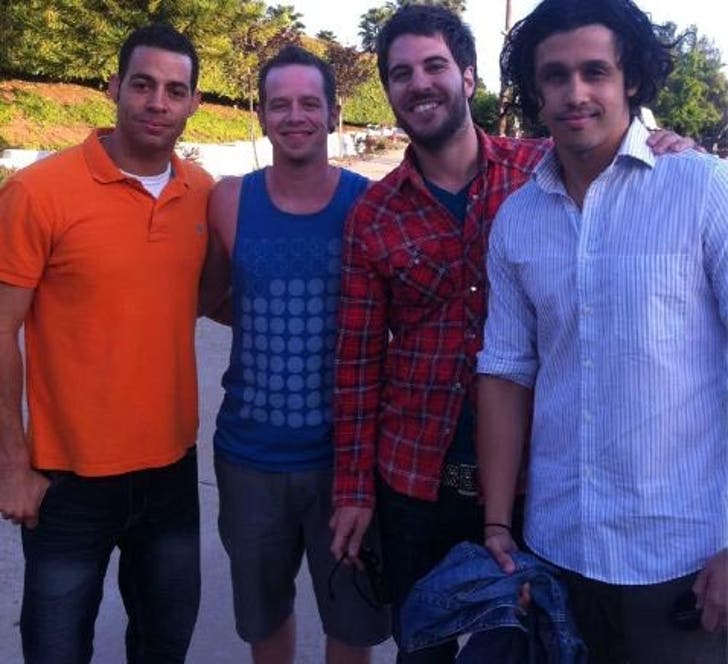 There's still time to join for Ashley Parker Angel to join in on the reunion fun. 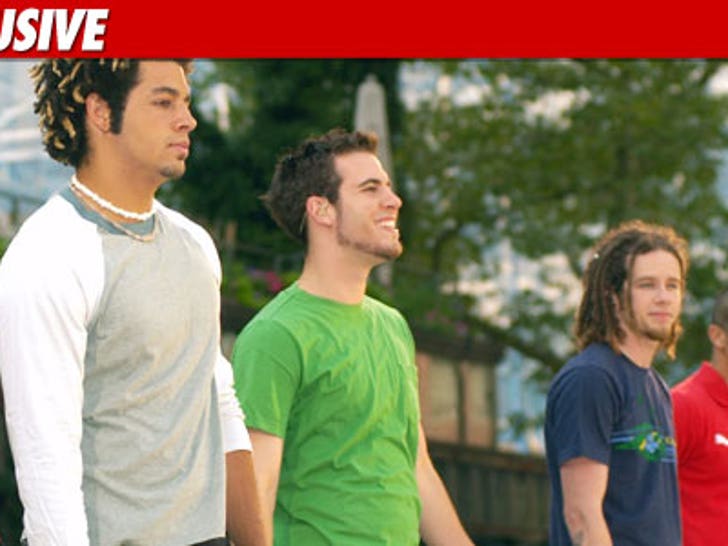 The remaining members of O-Town are laying down three new tracks this month -- and, we're told, a full-blown reunion is scheduled for April ... the first time they'll all be together in nearly a decade. 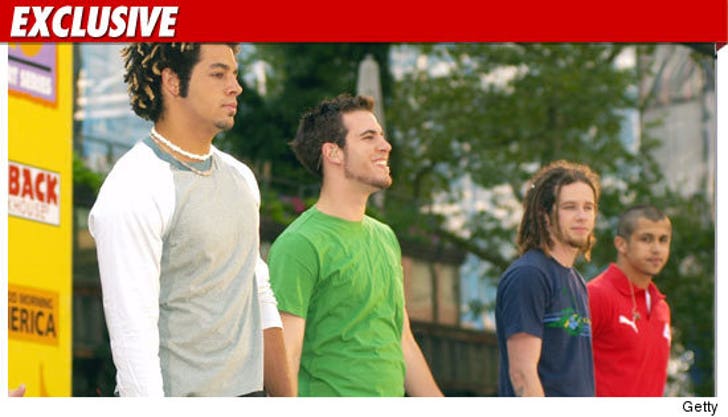 Sources close to the band tell TMZ, three of the four members are recording their tracks in L.A. -- but Jacob Underwood (second from right) lives in Nashville ... so he's submitting his parts from across the country.

We're told Jacob's coming out to L.A. for his birthday in April -- the first time the entire group will have been in the same room in SEVEN YEARS.

So far, no performances have been scheduled -- but according to sources, it's only a matter of time once they finish recording. 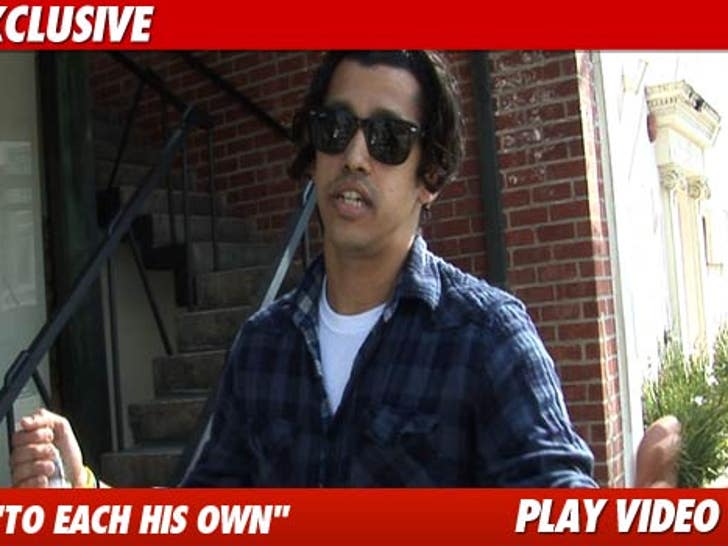 The boys of O-Town ain't one bit happy with ex-member Ashley Parker-Angel -- in fact, Erik-Michael Estrada tells TMZ, they were "really hurt" when Ashley officially bailed on the upcoming reunion. 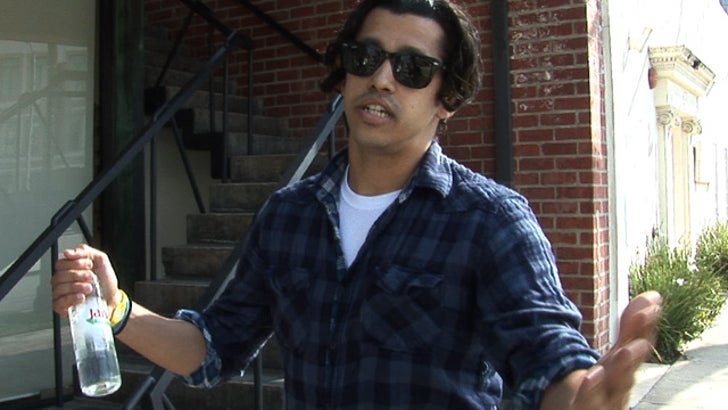 Erik expressed his disappointment in L.A. yesterday -- telling us, if Ashley really wanted to rejoin O-Town ... he would have figured out a way to "multi-task" the reunion and his acting career.

Erik says he and the rest of the band have all come to terms with Ashley's rejection -- but explains, "I would just think he would want to come on board and be a part of it ... but he doesn't and that's cool." 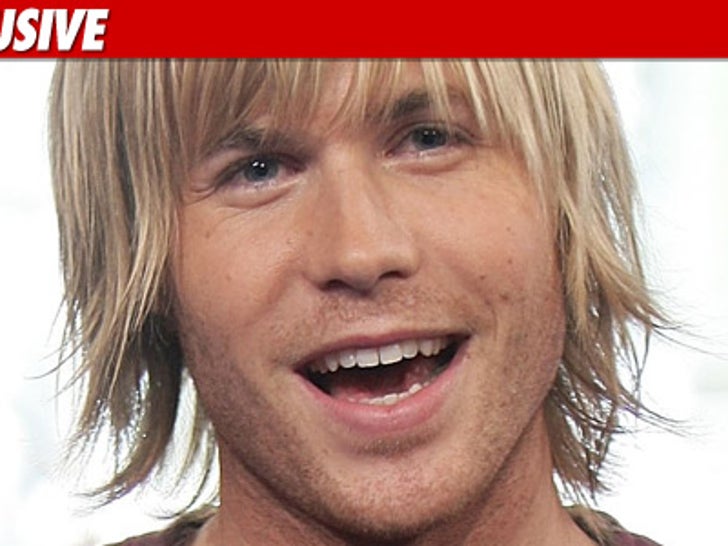 Ashley Parker-Angel tells us he was "intrigued" at the idea of reuniting with his old boy-band O-Town -- but ultimately decided he couldn't live in the past ... this according to the singer's rep. 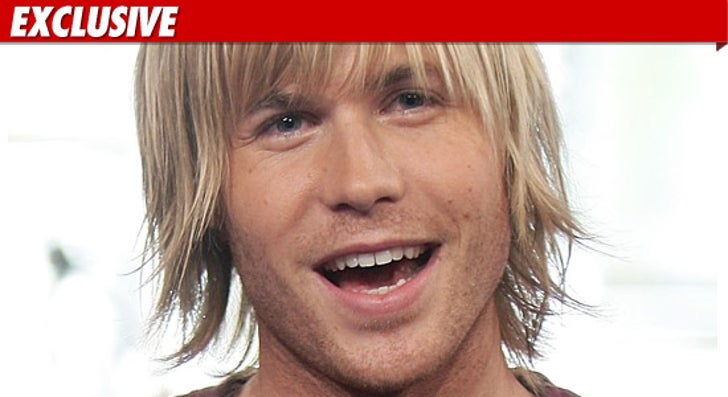 In a statement to TMZ, Ashley explains, "O-Town was one of the greatest chapters of my life, so when the idea of a reunion was brought to me, of course I was intrigued."

He continues, "However I have made the decision not to be a part of an O-Town reunion. It was a difficult decision, but ultimately necessary to move on with the next chapter of my career."

The rest of the band has already gotten back together -- and is planning an upcoming concert tour sans Parker-Angel.

As for Ashley, dude just finished a stint in "Hairspray" on Broadway and his rep tells us he has a feature film coming out later this year. 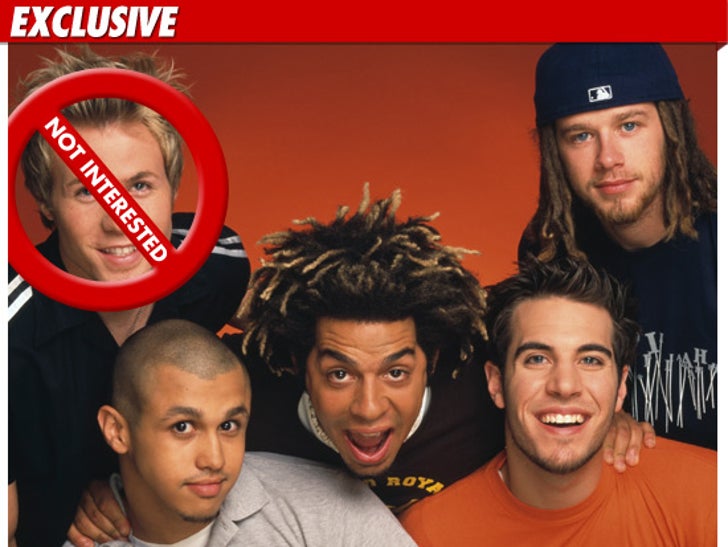 Just when you were thinking, "Hey, whatever happened to those guys from O-Town??" -- TMZ has learned 4 out of 5 band members have reunited ... and they've already begun to record new music! 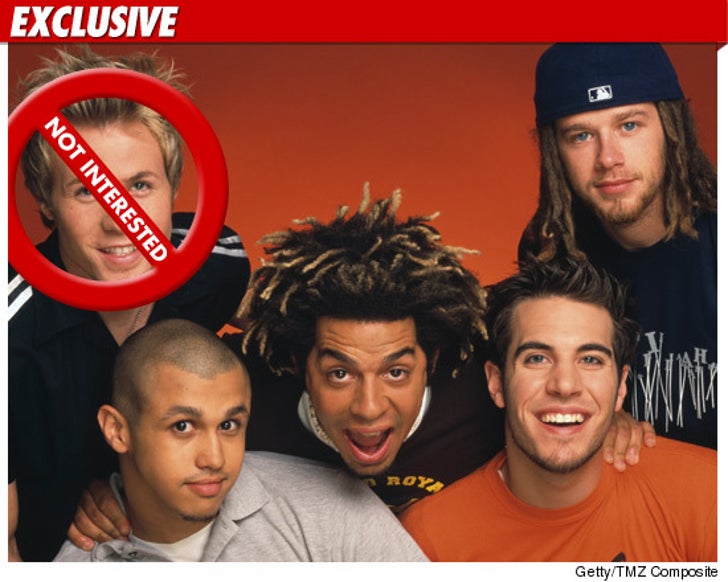 Sources close to the band tell TMZ ... Erik-Michael, Dan, Trevor and Jacob are back in the studio ... sans one member who just didn't feel like getting the band back together -- Ashley Parker-Angel.

We're told the guys -- who were all plucked out of obscurity on the very first "Making the Band" in 2000 -- have been kicking around the idea of a reunion for a while ... and have spent almost a year trying to get Ashley on board.

But a few weeks ago -- when it became clear Ashley wasn't going to change his mind -- the guys decided to officially move forward without him ... and are now trying to work out some tour dates.