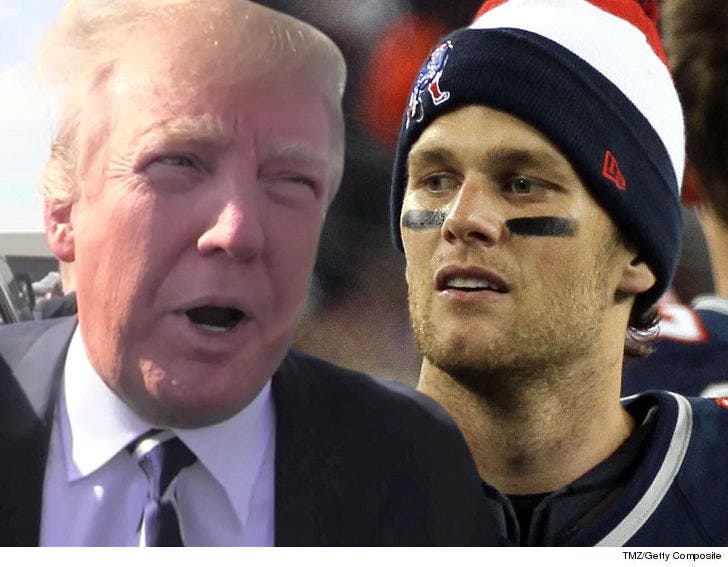 President Donald Trump only congratulated ONE of the teams that made the Super Bowl on Sunday -- the New England Patriots -- with a special shout-out to his old friend, Tom Brady.

... and it begs the question -- friendsies again?

Of course, Tom and Trump had a friendship that went back years -- Tom even put DT's "Make America Great Again" hat in his locker during the campaign.

But, the two had a big falling out back in 2017 -- Tom didn't go to the White House with the team that year and Trump made no mention of TB12 during his congratulatory remarks.

As we previously reported, Trump felt betrayed by Brady for not standing up for him publicly. In fact, Gisele has publicly stated she and Tom do not support him anymore.

Tom has also disagreed with Trump's criticism of Colin Kaepernick -- saying the comments POTUS has made about NFL kneelers is "just divisive."

But, despite the fallout, Trump typed out Tom's name on Twitter Sunday night -- saying, "Congratulations to Bob Kraft, Bill Belichick, Tom Brady and the entire New England Patriots team on a great game and season. Will be a fantastic Super Bowl!"

No word from Tom yet. We guarantee he'll be asked about it in the lead-up to the Super Bowl.

At least, not yet. 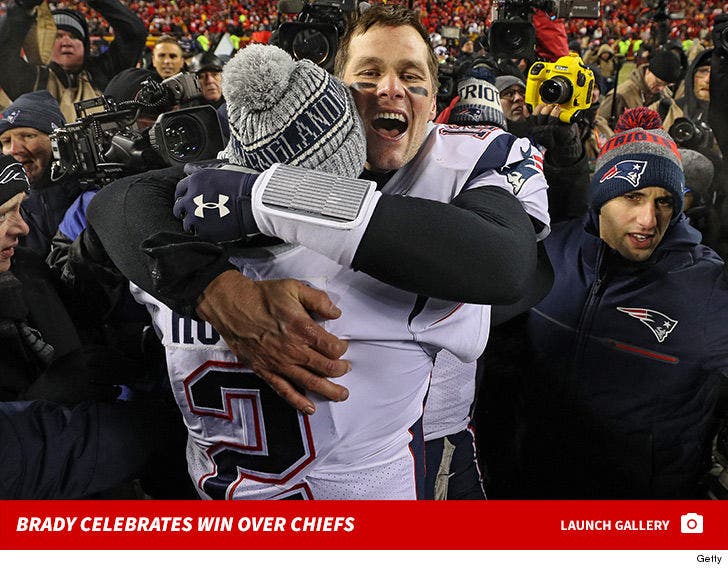 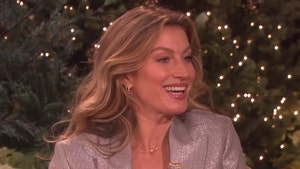 Gisele Hints She Wants Tom Brady To Retire, 'I Haven't Been Very Successful'