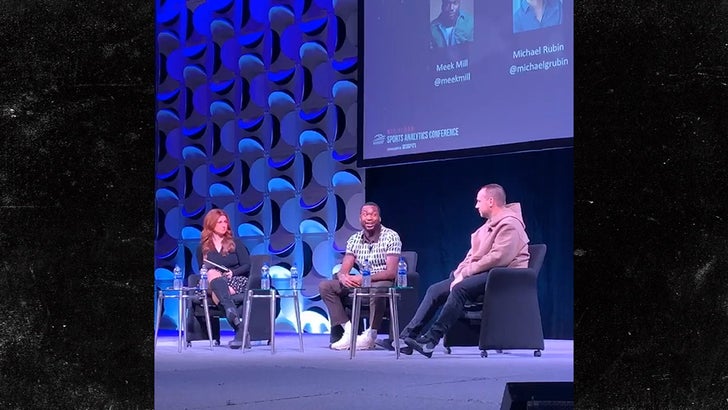 Meek Mill fanboy'd HARD after congratulating Tom Brady on winning the Super Bowl ... 'cause the QB messaged him back with compliments of his own ... and the rapper is still geekin' out about it!!!

The Philly rapper detailed his private social media convo with TB12 while speaking at the MIT Sloan Sports Analytics Conference in Boston on Friday ... saying he reached out to Brady to praise him for being the G.O.A.T.

But, what happened next caught Meek by surprise, 'cause Brady responded -- praising the rapper's mental toughness through Meek's controversial stint at a Pennsylvania state prison.

"I didn't know Tom Brady knew who I was, I just took a shot, and he was like 'I seen you been through so much,'" Meek says.

Meek says Tom added, "'What you went through was kinda like, almost harder than winning the Super Bowl game, bro.'"

Meek -- who was speaking about criminal justice reform with his friend and REFORM Alliance co-chairman, Michael Rubin -- says Brady praised his activism and says what he's accomplished in the world of prison reform is way tougher than winning 6 Super Bowls COMBINED.

It's a good time to be Meek -- the dude just got showered with compliments at his show in L.A. Thursday night ... with Drake saying Meek "definitely had the best comeback of all time." 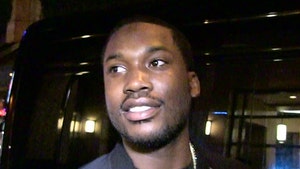 Meek Mill Honored with His Own 'Day' in Houston