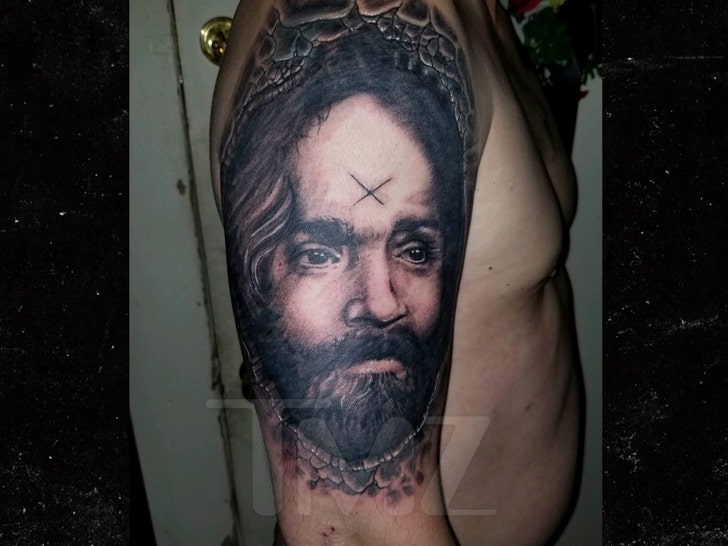 Charles Manson LIVES ... on in ink, now featured on the arm of a weirdo who made sure to get the mass murderer's burnt up particles poked deep into his own skin.

Get ready for a morbid body art tale -- 'cause that's exactly what this is. Artist Ryan Almighty tells TMZ that he recently gave one of Manson's longtime fanboys an arm tattoo for the ages -- which featured the real (dead) guy's leftover ashes from his cremation.

Ryan says a friend of his by the name of John Michael Jones -- who claims to have been one of Manson's pen pals before he died -- wanted to get a tat of the killer's face plastered on his arm, so Ryan did him a solid, and then did him one better ... throwing some of Manson's actual ashes into the ink, free of charge. Nice guy!!!! 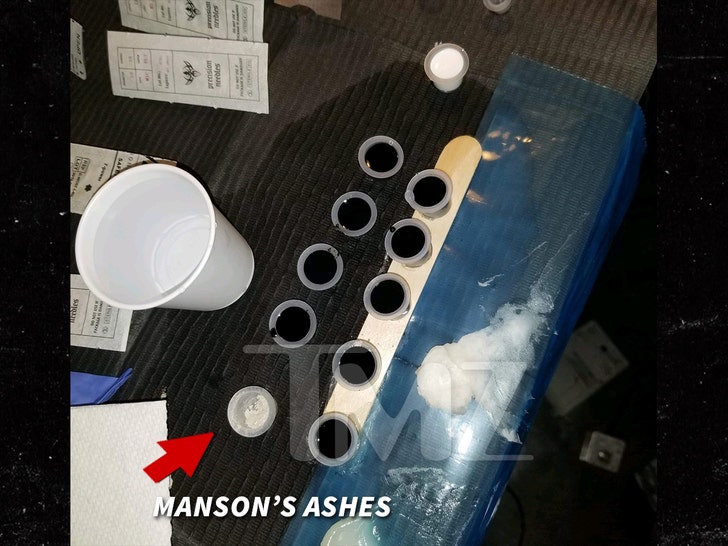 We're told John drove up from Boston to Ryan's tattoo shop in rural New York -- where he parked it for 6 hours of needling. The ashes were mixed into the ink that Ryan used.

Check out the final product ... creepy AF, if ya ask us. Which is fitting, of course.

BTW, this ain't the first time Ryan's done some strange Manson art. He put together a blood painting of Manson last year (which also featured some of his ashes), which ended up in Zak Bagans' Haunted Museum in Las Vegas. 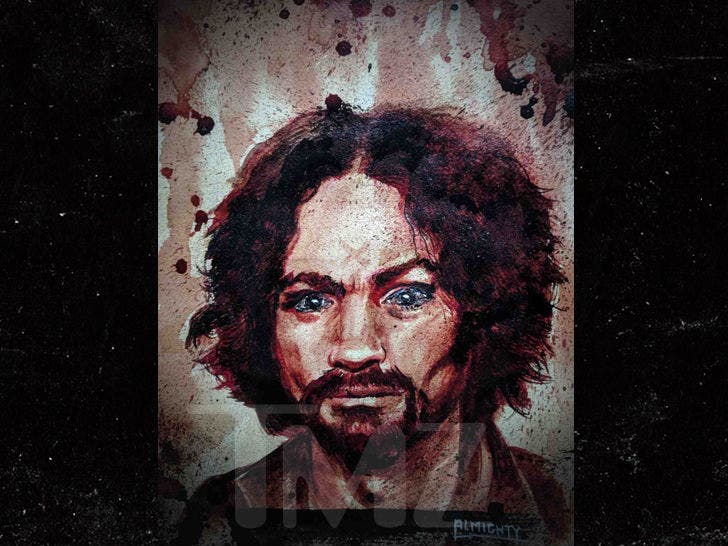 Not sure how much more of Manson's ashes this guy has stored away in his cupboards (or under his pillow) but something tells he'll have another "masterpiece" pop up down the line. 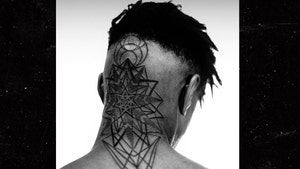 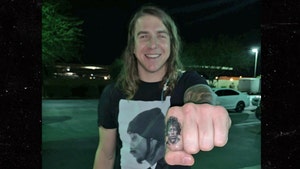 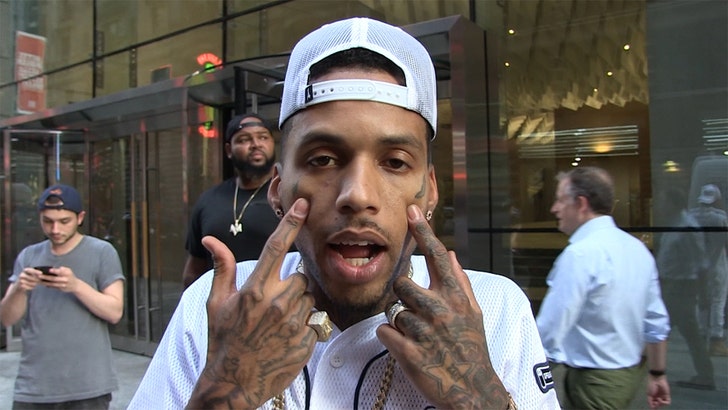 The "Supersoaka" spitter is a HUGE Clips fan! Our camera guy, a big Miami Heat supporter. So when we ran into K.I. out in NYC, we tested his confidence in the team with a wager:

If the Clippers finish with a better record than the Heat next season, our photog will have to get a tattoo of Kid Ink's Batgang crew logo permanently etched on him. But if the Clips end up below Miami in the win column, the rapper's gotta get the TMZ logo tatted on him!!

For being such high stakes, the dude doesn't seem worried one bit. On the other hand, he already has like, a million tattoos. So what's one more? 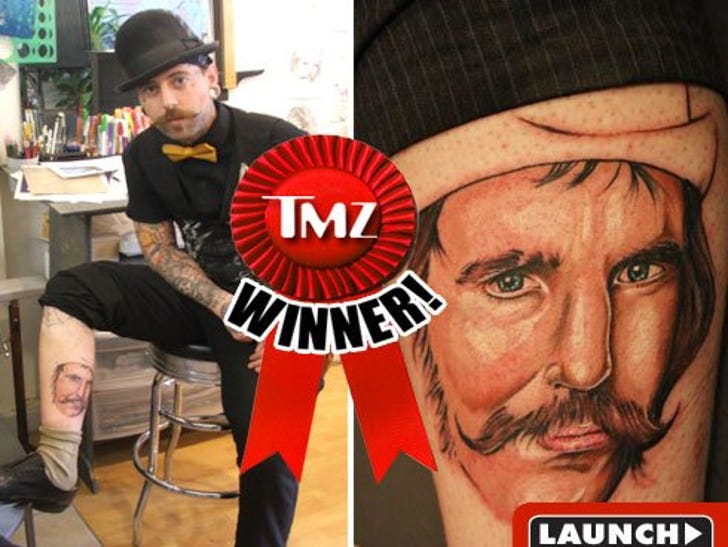 The decision was difficult but Richie The Barber took the win for TMZ's Incredible Ink contest with his Daniel Day-Lewis tat. Adam Daniel is the artist who inked Richie up. 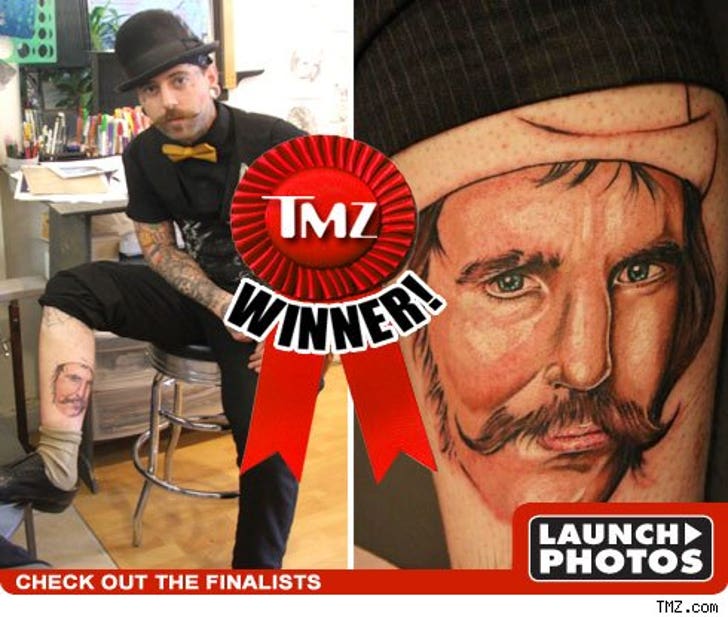 Richie The Barber not only gets the $250 -- he also gets a Vegas vacation, courtesy of the Hart & Huntington Tattoo shop at the Hard Rock Hotel and Casino! 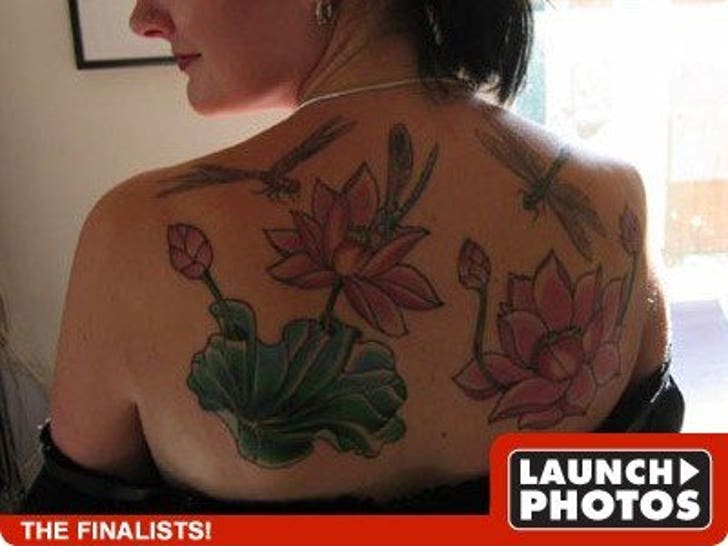 The stakes have just been raised in our incredible ink tattoo contest, the winners will now get a whole lot more than the $250 prize this week -- and it's all thanks to Carey Hart's tattoo shop in Las Vegas! 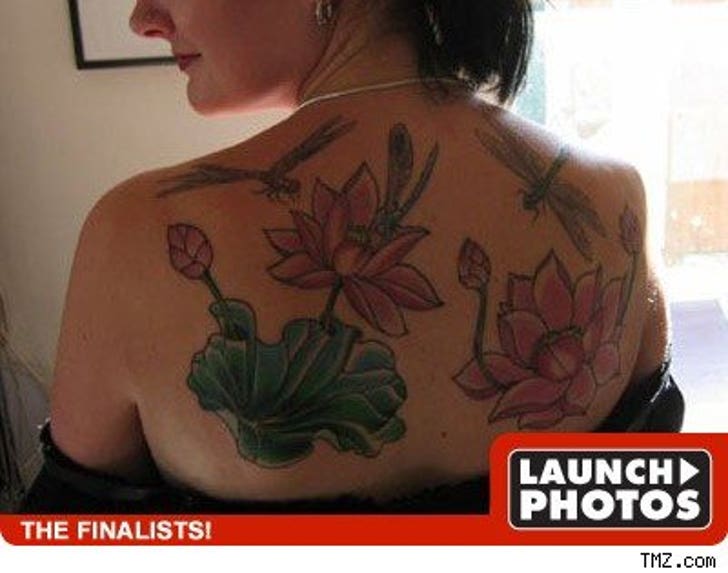 The winner of the contest not only gets the $250 -- but will also get a Vegas vacation to the Hart & Huntington Tattoo shop at the Hard Rock Hotel and Casino! TMZ will be announcing the winner on Monday so be sure to e-mail in your submission for a chance at this kick ass Vegas trip! 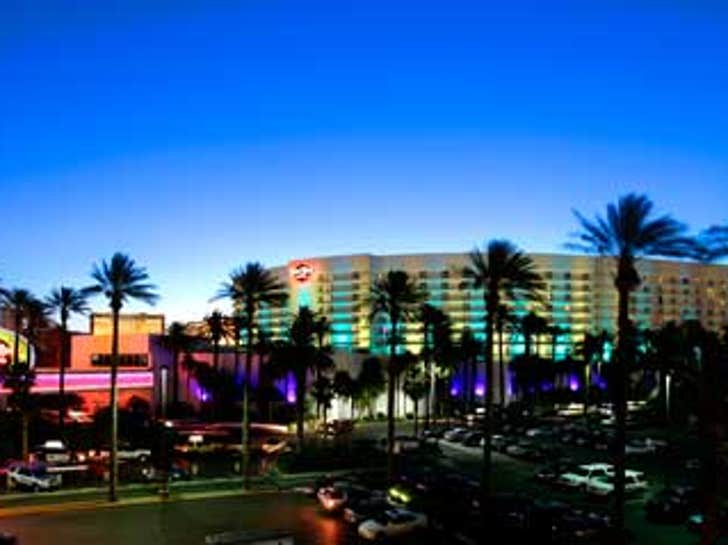 In addition to the $250 prize, the winner of TMZ's "Incredible Ink" contest will also receive the following, courtesy of The NEW Hart and Huntington Tattoo Company and the Hard Rock Hotel and Casino Las Vegas.

Airfare and ground transportation are not included.

Please note: dates redeemed need to be approved by HRH execs – the weekend of April 18th is unavailable.