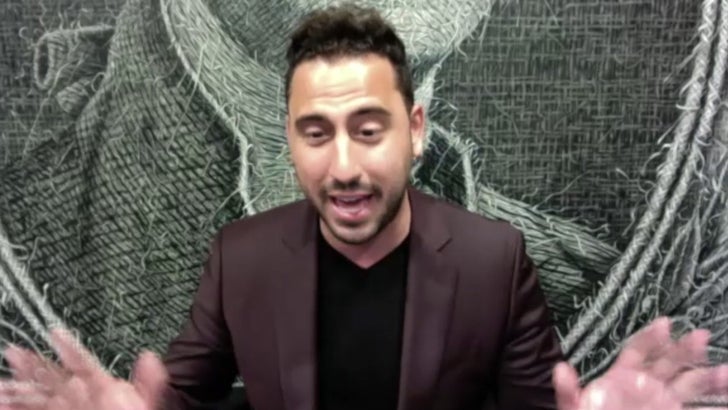 Josh Altman -- one of the many realtors to the stars in Hollywood -- says Meghan Markle and Prince Harry are cream of the crop clients every agent is clamoring for right now -- but if they were under his wing, he'd have one key piece of advice for them ... gated or bust.

The 'Million Dollar Listing' star tells TMZ ... everybody in the real estate game in L.A. knows someone who knows the Sussex couple -- and every big shot realtor wants a bite at the Royal apple now that they're officially doing some home shopping in the City of Angels. 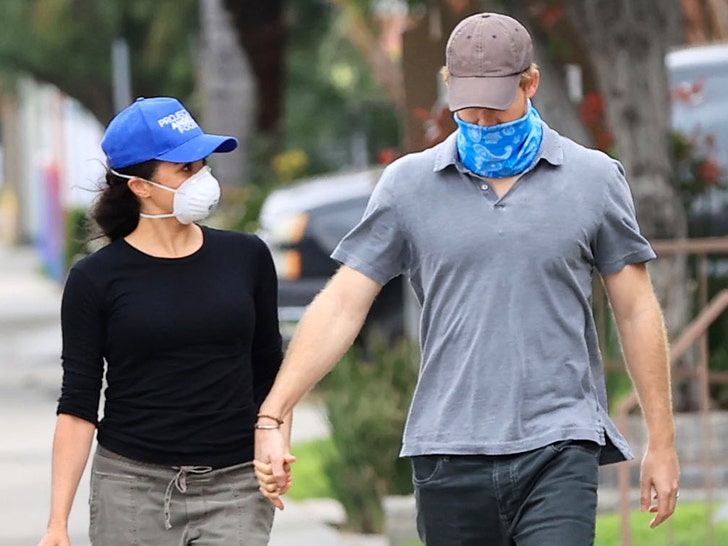 Josh says he isn't repping them himself, but if he was their agent, he'd strongly suggest getting a house that's tucked away and firmly secure, to keep paparazzi and other crazies away. He's got a neighborhood in mind for reference, which has two exits out of the gated community ... something he thinks they want. 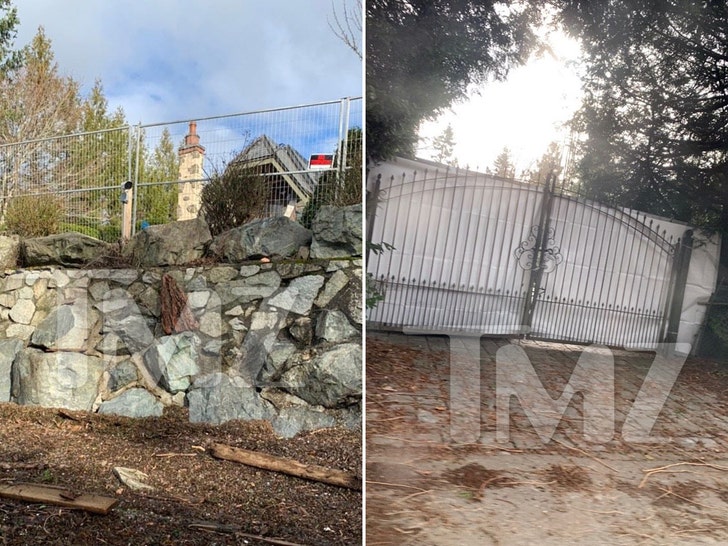 As we've seen in the recent past ... Meg and Harry value their privacy, and have at times gone to great lengths to close themselves off -- even making threats when they feel it's being violated. It'll probably only get worse in La La Land, so maybe listen to Josh here.

TMZ broke the story ... sources with direct knowledge tell us Meghan and Harry are looking in Bel-Air and their range is $12 to $18 mil. It's unlikely they'd end up in a gated community in Bel-Air, but they'd almost certainly have a gated estate with security.

BTW, JA also talks about the housing market and what he thinks is going to happen once the coronavirus pandemic is under control. Long story short ... it's a great time to buy, so that means it'll probably be properties galore for the newbies in town too. 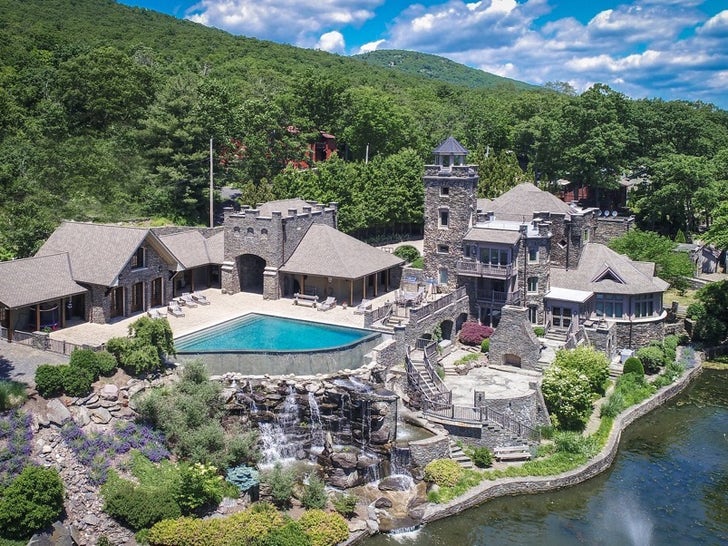 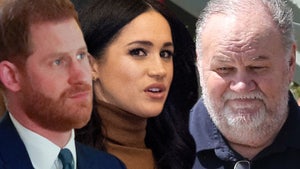 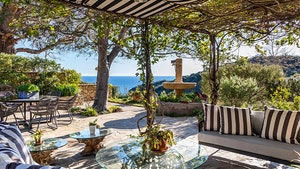 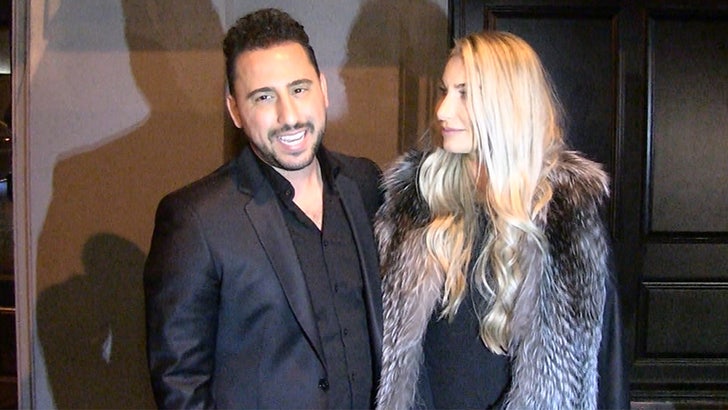 Josh Altman's praising Jeff Bezos for getting his money's worth in buying up David Geffen's estate -- even at $165 million -- because he says it's one of the best in the world ... though he doesn't necessarily condone HOW he bought it.

The "Million Dollar Listing" star was leaving Craig's in WeHo Thursday night when he ticked off several reasons why the Amazon honcho's "magnificent" new Beverly Hills property deserves to be the most expensive sale in the history of Los Angeles ... and then some. 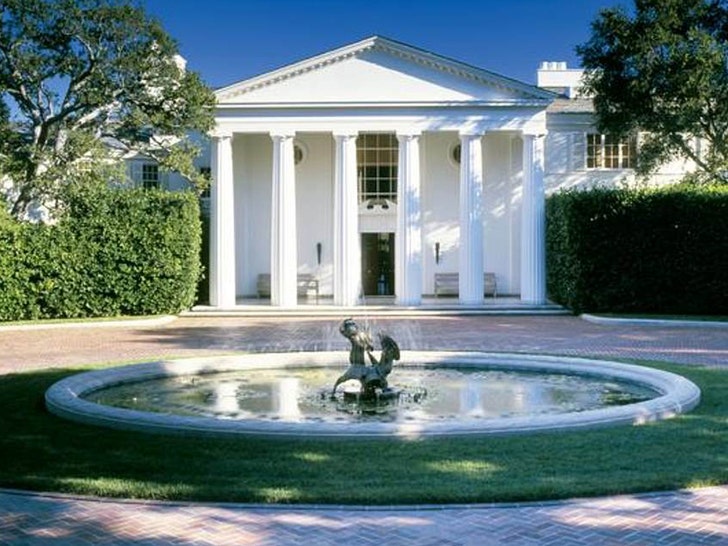 Josh tells us he heard the whole deal went down on a yacht and the fellas handled the major real estate business without realtors ... something he's not down with, for obvious reasons.

Our sources tell us Josh is right ... at least about the yacht part. Jeff and David have become fast friends while spending time on Geffen's megayacht ... like Bezos and his girlfriend, Lauren Sanchez, did last summer with a slew of other millionaires. 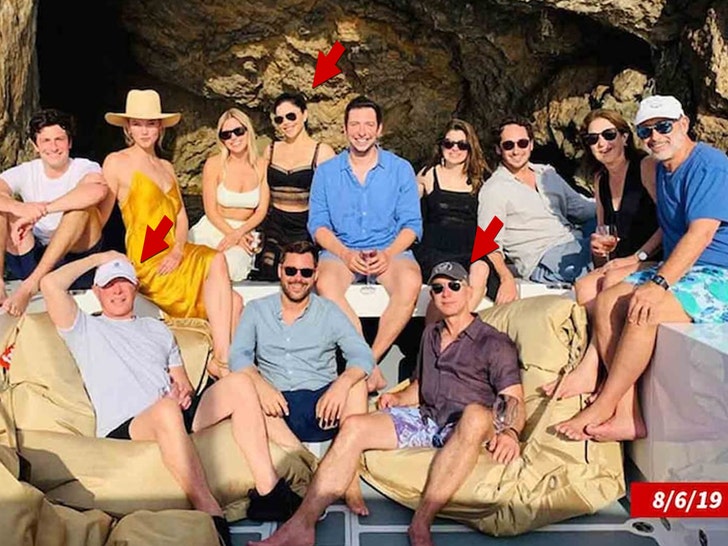 We're told the gentlemen struck a deal for David's estate on one of their most recent yacht excursions ... because that's how the rich roll.

As for Altman's beef with cutting out the realtors ... we can't really back him up there. Commission on a $165 mil sale would be a little over $8 mil in commission for the agents involved, and even though Bezos is stupid rich ... he's not stupid.

Jeff and David can take care of the deal themselves and hire a real estate lawyer to look it over ... for about $10,000.

Still, you can understand why Josh is looking out for his fellow realtors. 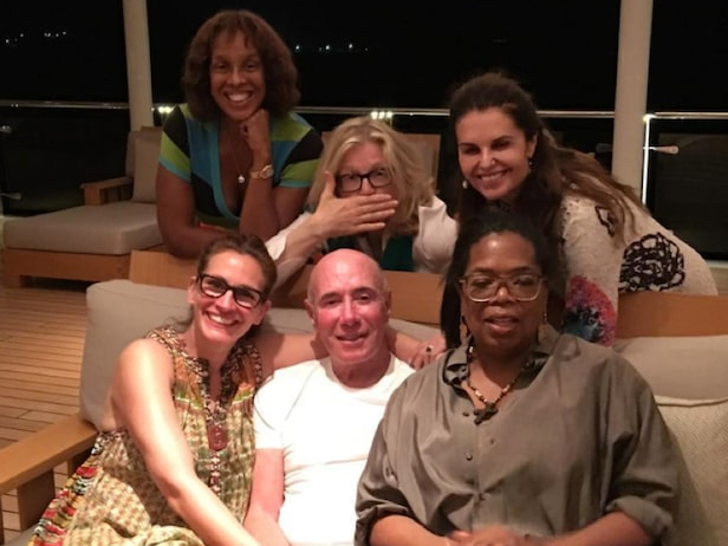 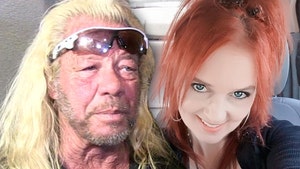 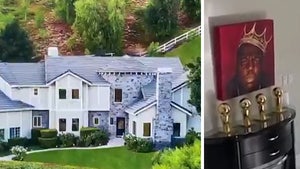 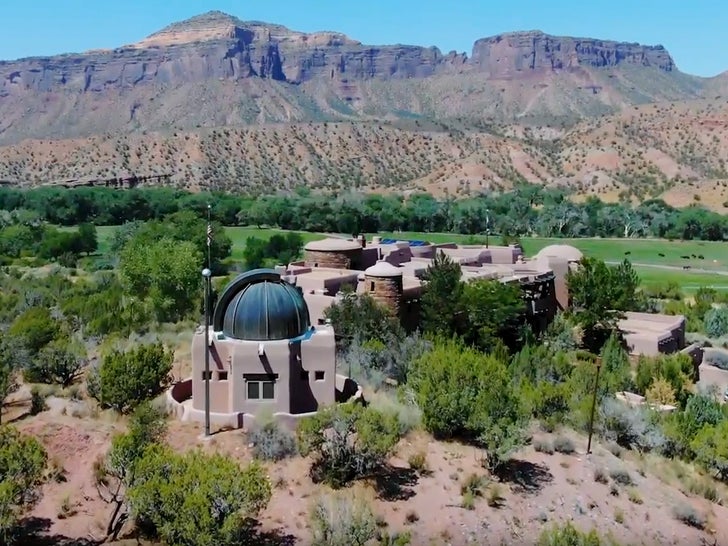 Serhant's truly testing his battle cry "expansion ... always, in all ways" by getting his hands on one of the most epic real estate listings you'll ever see. It's the Gateway Canyons Ranch, and it currently belongs to Discovery Channel founder John Hendricks.

It's listed at a whopping $280 million and it oozes luxury. The main house alone is 22,000 square feet. It features 8 bedrooms, 8 bathrooms, 4 floors with an elevator, infinity pool, movie theater, planetarium and, get this, its own fossil room!!! 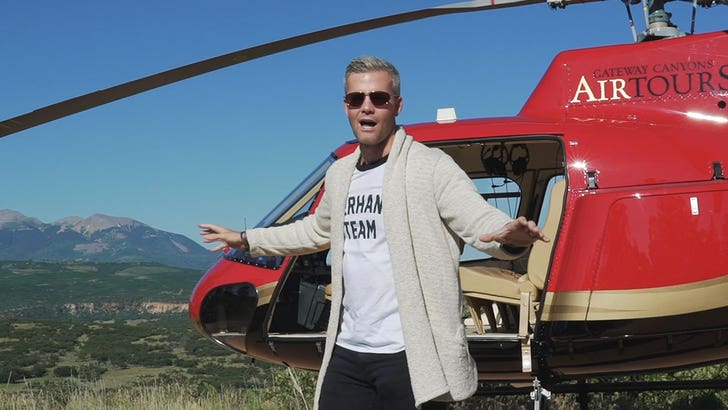 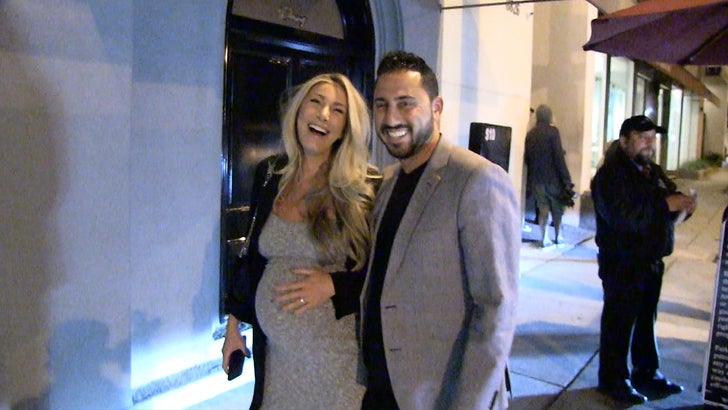 Josh Altman gave one of Craig's menu items very high praise, and if his review holds up ... his wife should be giving birth any hour now -- she also might have had an orgasm.

We got the "Million Dollar Listing" star Saturday night heading into Craig's with his super pregnant wife, Heather. Josh had only one thing on his mind -- Heather pushing out that baby, which is now 5 days overdue.

He was hoping a particular dish would push her over the edge ... in more ways than one. Check out what Josh calls the magic meal.

Fun fact: There really is something called the "maternity salad" in L.A. Pregnant women flock to Ciaoti Pizza Cafe believing their greens ... get the job done. 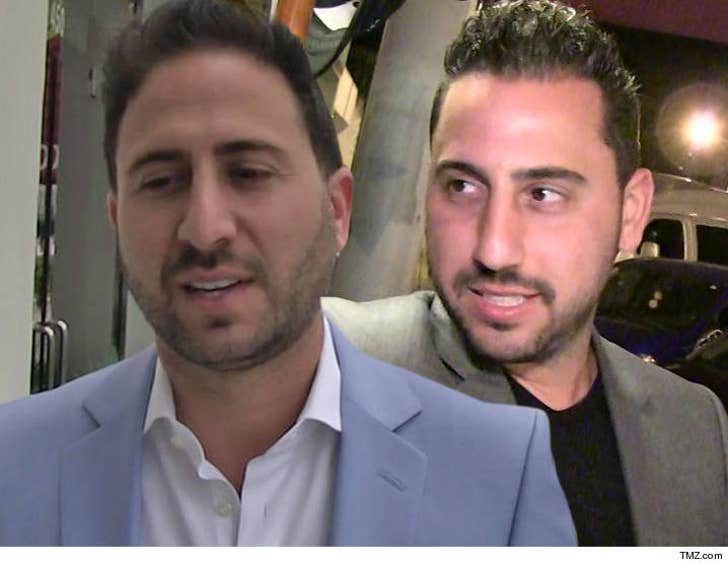 9:00 PM PT -- A rep for Alex tells us Altman's allegations are "ridiculous" and "completely false," because Alex is Jewish ... and even had a Bar Mitzvah. The rep also scoffs at claims Alex is anti-semitic and homophobic, telling us he was an invited guest at the real estate reception, which he attended with his Jewish contractor and gay interior decorator.

A man who says he hates all Jews is threatening to kill Matt Altman from 'Million Dollar Listing' ... according to the docs filed by Matt.

Altman just requested and got a restraining order against Alex Khadavi, a famous L.A. dermatologist, who Matt says has been threatening him by phone and in person.

In the docs Matt says Khadavi walked up to him at a real estate event, and when Matt asked him to leave the private event ... Khadavi blurted out he "hated all Jews" ... and said he was going to kill Matt.

Matt says Khadavi's been making racist and homophobic comments by phone for years, but now that the guy's doing it face-to-face ... he needs protection.

The court order says Khadavi must stay 100 yards away from Matt and his girlfriend, Johanna ... plus Josh Altman and his wife, Heather. 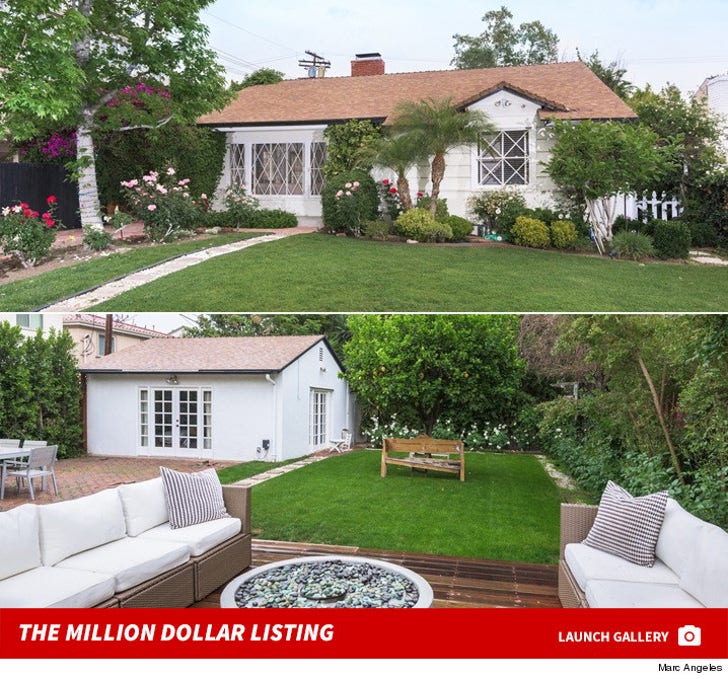 One of the stars of 'Million Dollar Listing L.A.' is true to the title ... he's selling his own home for almost exactly that amount.

James Harris just listed his 3-bedroom Studio City pad for $1,099,000 with listing agent David Parnes. Sounds like a lot to the average Joe but most homes Harris sells on the Bravo show go for north of $15 mil.

It's your basic L.A. bungalow ... hardwood floors, a remodeled kitchen, guesthouse and yard.

In Kansas ... you could buy a block of these. 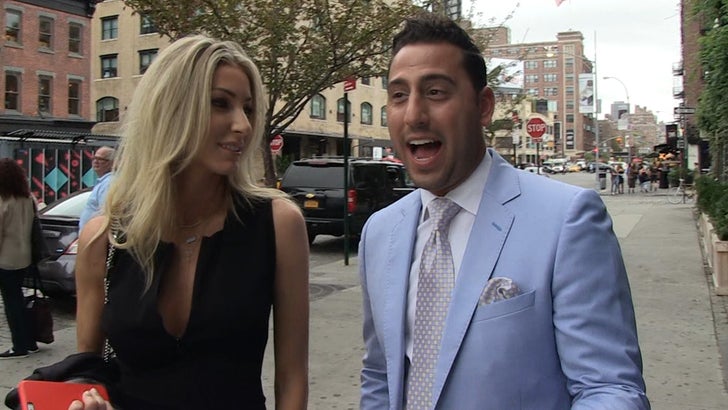 Before he was crushing real estate, "Million Dollar Listing" star Josh Altman was crushing ass at Syracuse ... where he says being the kicker for the football team paid off HUUUGE!

Check out the clip ... Altman says he's still friends with some of his former Orangemen teammates -- including Donovan McNabb ... who gave him a nickname he STILL uses.

By the way, Altman's days of chasing ladies are over -- that smokin' hot blonde he's with is his fiancee.

Apparently, rich and famous real estate guys also do well with the chicks ... 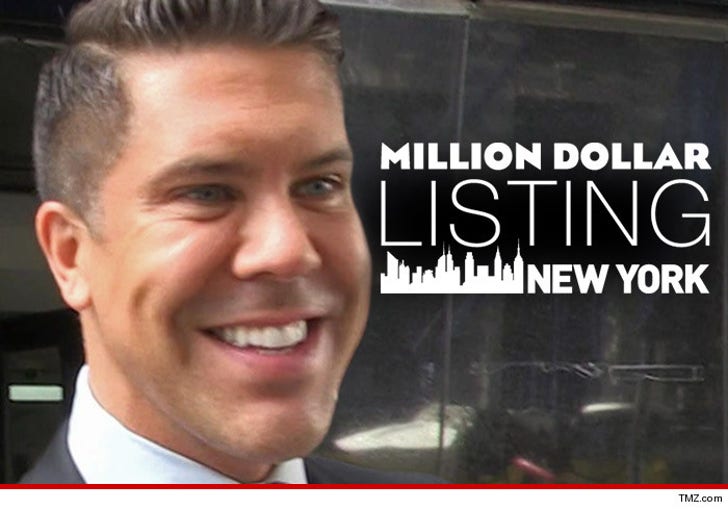 Eklund will definitely be back next season, so says his manager, Steven Grossman.

It's kind of ridiculous to think Bravo would ax anyone for diva behavior -- remember, they have 100 housewives on the payroll. But we're told Eklund's not a diva by any stretch.

Fact is ... his show's doing so well, they want to give Fredrik a spin-off. If that happens he'd probably leave "MDLNY."

As for more cash ... he doesn't need it. Eklund's sold more than $3.5 BILLION in New York real estate in the last decade. 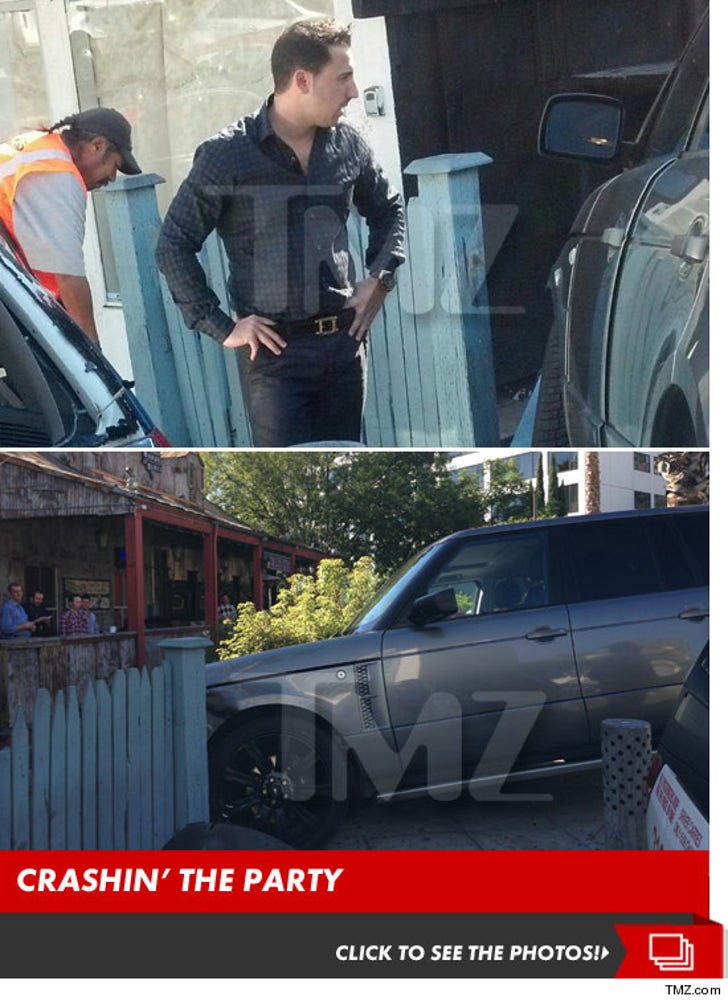 Josh Altman – star of "Million Dollar Listing" – crashed his Range Rover into some prime real estate this morning ... the House of Blues on Sunset Blvd. ... TMZ has learned.

We know ... at least 3 cars were involved in the accident -- and several witnesses are saying it was all caused by a 4th car that made a dangerous turn across busy Sunset Blvd. traffic.

TMZ spoke with Josh's brother Matt who tells us ... the dangerous turn caused the driver of a red Honda to slam on the brakes. The Honda was hit by a taxi van, which was hit by Josh's Range Rover.

We're told Josh tried to swerve around the taxi ... but ended up clipping the car and slamming into the House of Blues.

Cops responded to the scene. We're told they're currently looking into the situation.

Fortunately, Josh didn't appear hurt in the crash and nobody involved suffered any serious injuries.

As for the HOB, we're told management is making plans to repair the damage ASAP and no shows will be cancelled as a result of the incident. 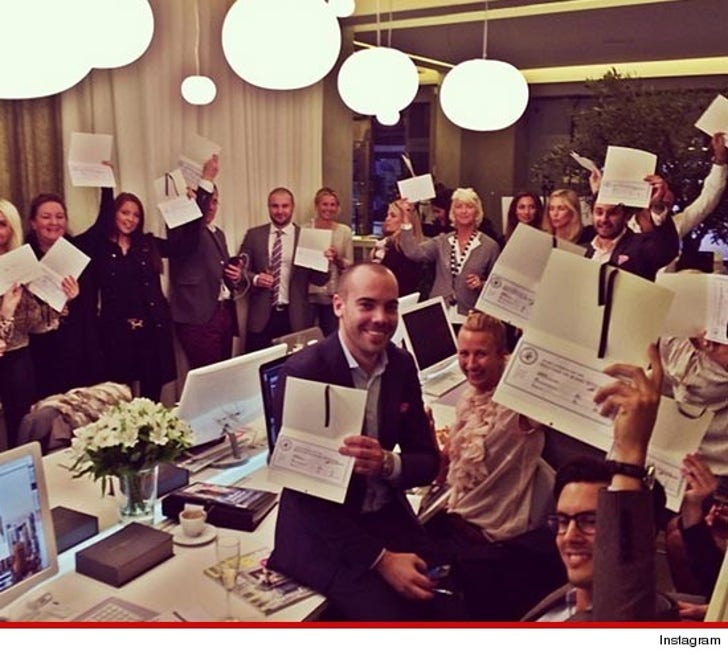 The real estate market MUST be getting better ... because a big-time realtor from "Million Dollar Listing NY" is feeling awfully generous -- giving his employees in Stockholm a free trip to Miami.

Fredrik Eklund -- who commutes between his homes in Stockholm and NYC -- posted a photo of some pretty happy workers in Sweden -- where he opened a real estate biz four years ago.

Eklund tells TMZ his company's sold so much property .... he decided to drop around $150K to fly 40 employees to Miami ... where they'll live like rock stars -- fancy dinners, boat tours and nights on the town. It's not all fun and games though -- they'll do a little work, too.